ALBANY – Parents are worried about their children’s safety, after an attack inside Albany High School.

What started as an altercation between two students ended with one student in the hospital, and another in handcuffs.

A hall monitor who was trying to break up the fight was also injured. According to the district, that staff member had a concussion and a minor laceration.

Both the hall monitor and the other student had non-life threatening injuries and were treated at Albany Med. 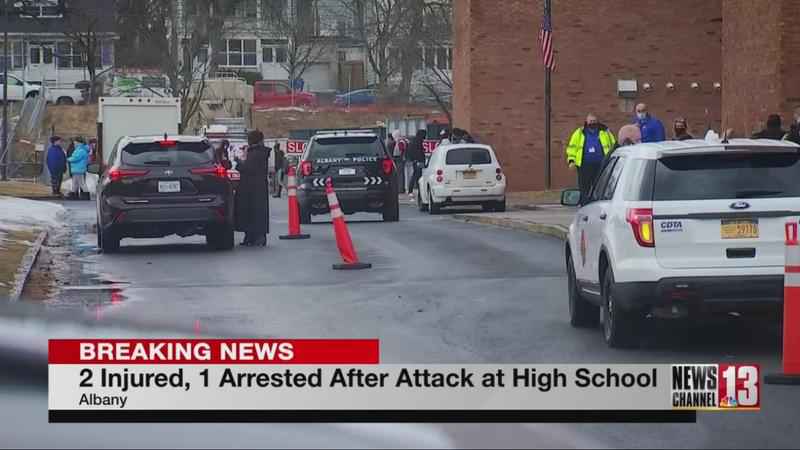 Police arrested one student and recovered a knife.

The school was put on lockdown at one point and they dismissed early.

Albany Schools Superintendent Kaweeda Adams tells NewsChannel 13 this incident is under investigation. She says the high school will be transitioning to distance learning Friday as a precaution.