National Grid says it currently has more than 2,000 employees out, still working to restore power after Monday and Tuesday’s storm.

The company says restoration progress was delayed due to several road closures caused by downed trees and poles.

Patrick Stella with National Grid says this storm was different from what we usually experience in the middle of winter.

"Snow in the dead of winter wouldn’t affect our system all that much, because it’s light. This is really wet, heavy snow and it was weighing down everything," said Stella. 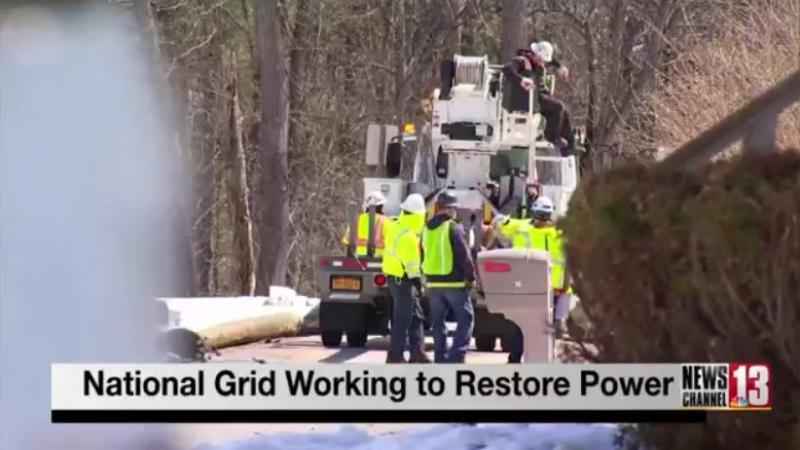