James says this is the result of a yearlong investigation involving multiple law enforcement agencies, including Albany Police.

Albany’s police chief says these indictments and arrests will help bring calm to the streets of Albany.

As of the press conference Thursday afternoon, between 25 and 30 of those named in the investigation have been picked up and taken into custody. 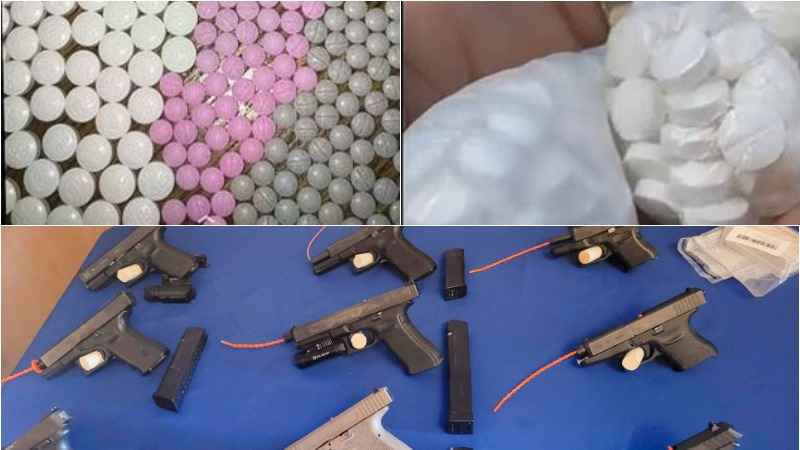 Some of what investigators say was seized in the investigation.[Attorney General Letitia James]

Nine guns have been seized.

The AG’s office says 1.2 kilograms of cocaine, 140 grams of heroin mixed with fentanyl, oxycodone and thousands of dollars in cash have all been seized by police.

The 47 people indicted are associated with two different trafficking networks or gangs.

The AG refers to one as the Uptown Associates Gang, led by 43-year-old Jamar Brayboy of Albany. The other is the Downtown Associates, led by 29-year-old Tyshawn Morris of Schenectady. The exact ties of all these individuals and specific incidents they’ve been involved in were not revealed.

Authorities say much of the recent gun violence across the capital city and region may be linked to these groups.

Hear what Hawkins says this all means for Albany’s safety by watching the video of Jacquie Slater’s story.