There have been questions raised as to why Albany police were in the area before an encounter with a man who wound up being shot by an officer.

It happened two weeks ago, and the family has pointed the finger at police, questioning why they were even there in the first place.

Now NewsChannel 13 is getting details of the 911 call the night of the shooting.

Subrina Dhammi was granted permission to listen to it, but was not allowed to record it, so she transcribed it. 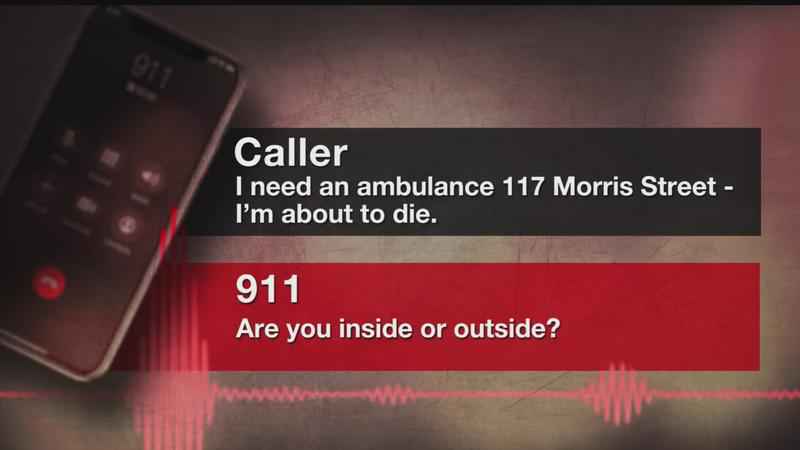 Albany police have said the reason their officers were out in the area was because of a 911 call for a home invasion.

They’ve said during the course of that investigation, they came across Jordan Young a couple blocks away.

NewsChannel 13 showed you body cam video of the officer calling back to the station, saying Young had a knife to a dog’s neck. In the video, it looks like Young sprints at the officers with the knife in his hand.

Young’s family said last week they never made that call. They say there never was a home invasion.

In the 911 call NewsChannel 13 listened to, the person on the other end identifies himself as Xavier Young, and says he feels his life is in danger.

Here is a transcript of that call:

Caller: I need an ambulance at 117 Morris Street – I’m about to die.

Caller: I’m inside I’m on the stairs. My name is Xavier Young.

Caller: I’m having a heart attack.

Caller: I don’t know. Somebody tried to spike me.

911: Someone tried to spike you? What does that mean?

Caller: I’m about to get shot. They said they’re gonna kill me.

Caller: Some guys over here. I don’t know their names. They’ve got a gun to my head. Can you hurry up? I’m gonna die.

Communication from the police dispatcher reads they tried to call back twice, leaving two voicemails.

Officers then arrive at the home.

Shortly after the call, police patrolling the area came across Jordan Young saying he had a knife to a dog’s throat.

In the body cam video, it looks like Young charges at an officer, with the knife in his hand. He was shot three times.