Dancing in the South High Marathon Dance is a rite of passage for South High students. Many can’t wait until they enter 9th grade to become full-fledged dancers. This year, that milestone is even more special for the boy known to many as the "Mayor of the Marathon," Nolan Jacox.

Nolan was a little under a year old when his parents figured out something was wrong. He wasn’t able to eat anything without a severe allergic reaction.

He was diagnosed with eosinophilic esophagitis when he was 2. His body viewed food as infection and white blood cells caused the narrowing of the esophagus.

He’s connected to a feeding tube 14 hours a day. He has constant headaches and has spent much of his life in doctor’s offices and hospitals. However, he’s never let it slow him down. 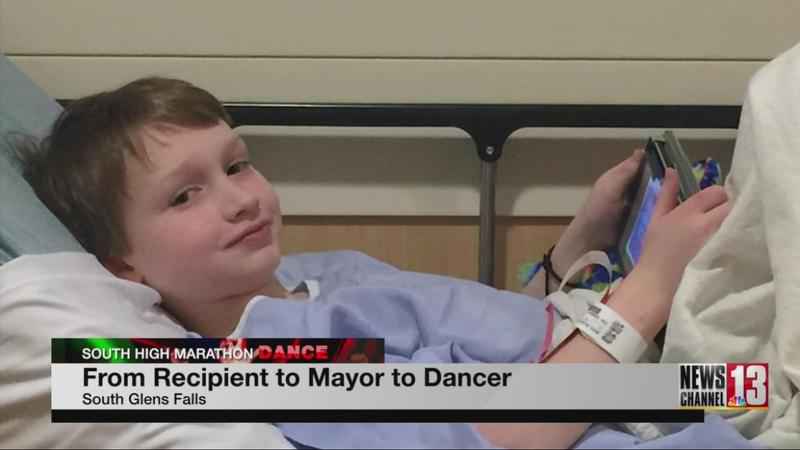 Nolan’s family has been part of the marathon dance since before he was born, volunteering wherever they’re needed. His older brother danced for him when Nolan was a recipient in 2013.

Nolan is a mainstay here, timing his feedings, so he’d have enough energy to be here around the clock.

This year is special for Nolan. As a 9th grader, he’s finally able to be a full-fledged dancer at the event where he’s been a recipient three times.

He almost didn’t make it due to COVID, and just learned the morning of the dance that he could participate.

Learn about his journey to get to this point in his life by watching the video of Mark Mulholland’s story.