A local artist paints a mural of Chyna Forney, the 18-year-old who was fatally shot in May

A local artist painted a mural of Chyna Forney, the 18-year-old who was fatally shot in May. The mural is on Essex Street where Forney was gunned down.

Jalaun Taylor is the artist. Taylor says he never met Forney, but felt like he had to paint the mural.

Taylor says it took him three to four days to complete the painting. Forney’s family came out each day while he was working to coach him through the process. Taylor says he wanted to capture every element of Forney’s profile to make the painting look as realistic as possible. Forney had a nose piercing which Taylor included in his mural. Forney also ran track, so he painted a track shoe as well. He’s hoping his painting can keep Forney’s memory alive.

“The benefit of an artist we are able to bring things to life most people can’t or won’t say. So, just being able to paint this meant more to me than just putting something on the wall. It’s more so keeping her spirit alive and doing this for my city and hometown of Albany, and just hopefully just seeing how precious this little girl was," said Taylor.

Taylor says he wouldn’t of stopped painting until Forney’s family was satisfied. 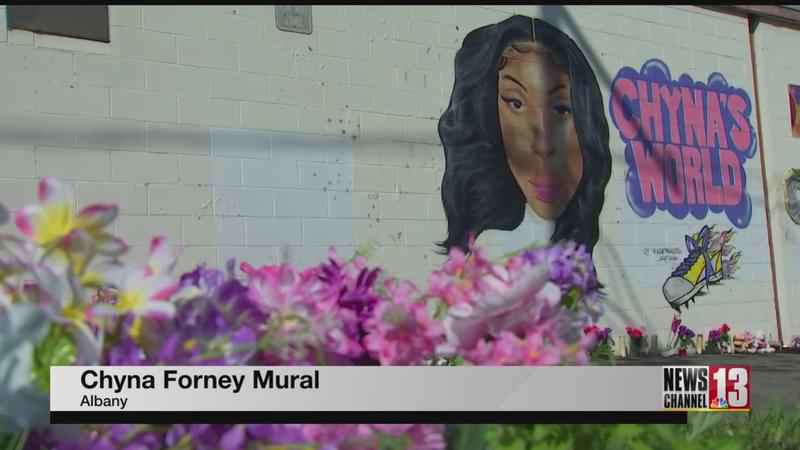