Friday was "National Gun Violence Awareness Day." The city of Albany is committed to getting illegal guns off of the street.

Albany police have taken more than 60 illegal guns off of the street so far this year.

Mayor Kathy Sheehan has called for common sense gun reform on the federal level, which includes mandatory background checks and a ban on assault weapons.

Pastor Charlie Muller of Victory Christian Church is holding another gun buy back event Saturday, June 4 from 10 a.m. to 2 p.m. at his church on Quail Street. 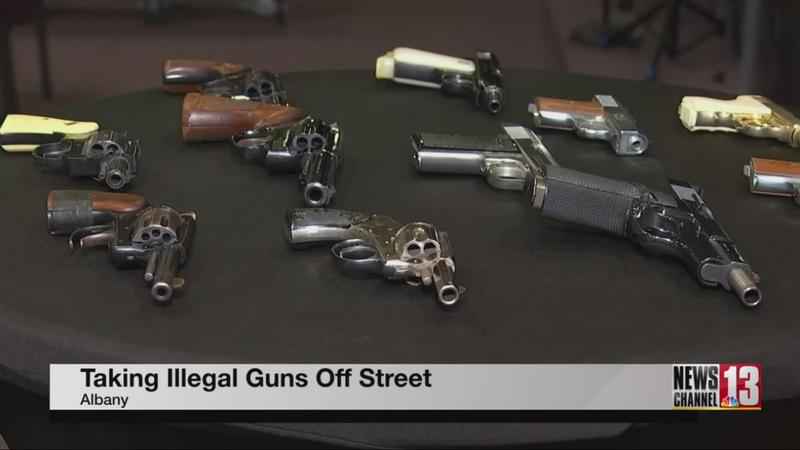 Muller says they are taking guns off of the street from Albany, Schenectady and Troy. He says he will ride and pick up the guns.

Muller says he wants to be active this year, so they don’t have as many shootings as they had last year.

If you turn in an illegal gun, you will be rewarded with a Visa gift card.

Muller says he wants to have a safe summer and is hoping there will be less shootings and homicides than there were last year.

Hear about one instance where Muller says a previous gun buyback program may have stopped a mass shooting in the Capital Region by watching the video of Jonathan Hunter’s story.