Members of Albany’s Common Council are asking voters to give a review board more power to investigate police. However, police unions representing officers and supervisors worry the new rules would drive officers away from the department.

Proposal 7 on Albany ballots asks voters to expand the power of the Community Police Review Board.

"It’s about equity, it’s about transparency as well and having a truly independent CPRB," said Corey Ellis, Albany Council President, at a press conference at City Hall Tuesday.

The proposal would allow the board to investigate and resolve police complaints on its own, and give members subpoena power. Right now, it can only review investigations conducted by the department. 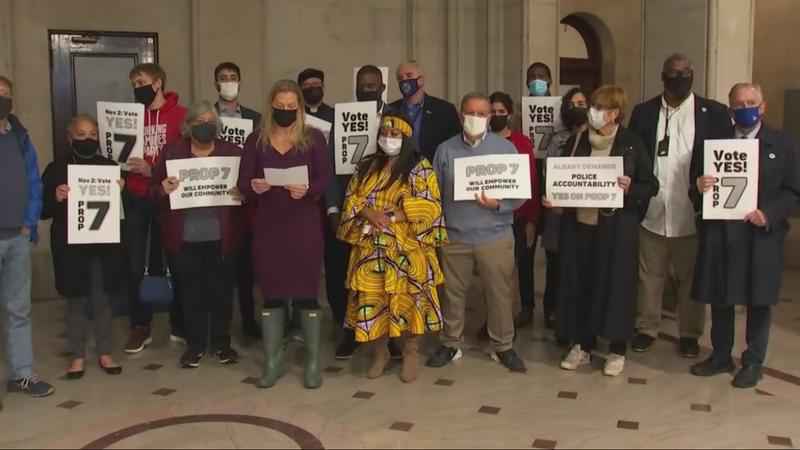 "It doesn’t allow us the independent investigation to determine if our findings would be exact with theirs," explained Dr. Veneilya Harden, vice chair of the review board.

One incoming council member says voters on the campaign trail asked her for more police accountability.

"We believe our way is definitely a way that creates safety and trust across the board. Any amount of accountability and transparency can only increase faith in APD," said Paul Collins-Hackett, secretary of the Community Police Review Board.

"Oversight is fine. We are heavily scrutinized. We get that, we’re okay with that. It’s not a normal oversight, it’s a total takeover of our disciplinary procedure," Delano said.

He says it creates a public safety problem that threatens to cut down an already thin department.

"To drive that wedge, I think, is going to end up causing police offers not to want to stay here. We already have a staffing crisis, and it’s a crisis. In my 18 years, I haven’t seen anything like it," Delano said.

Albany Police Supervisor’s Association President Josiah Jones echoed Delano, saying he has concerns that Proposal 7 allows the board to side-step due process. The union is concerned the members of the board are not sufficiently trained in understanding why officers make certain decisions under pressure. Jones worries it could have a chilling effect on proactive policing.

As it stands now, police complaints are reviewed by the Office of Professional Standards. The office chooses sanctions, and if the accused disagrees with his or her punishment, the complaint goes to an independent arbitrator.

Despite concerns from police, Albany’s Common Council decided unanimously to put the issue to voters on the ballot.