As NewsChannel 13 reported on Wednesday, Apple is now out of the race for the 43rd District.

The reverse in decision comes just two weeks after he announced his candidacy.

Apple tells NewsChannel 13 he’s right where he wants to be, and where he needs to be. 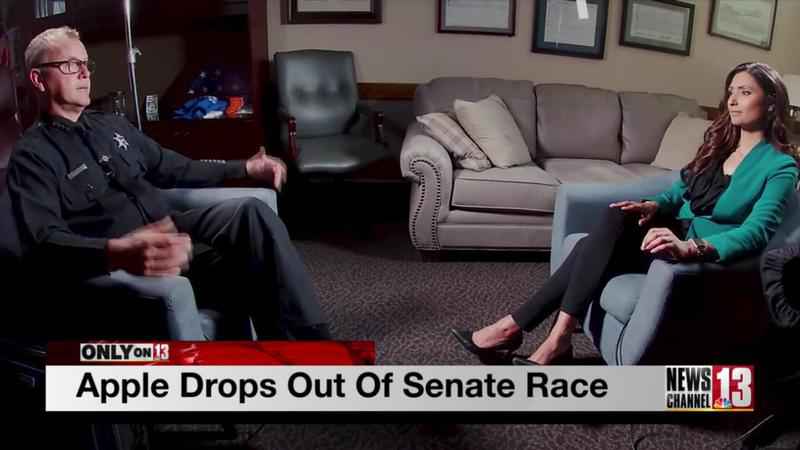 He’s spent 11 years as sheriff, but 35 years with the sheriff’s office.

Apple describes himself as a people person, a pragmatist, who likes fast paced results.

He says he thinks he can get more done and help more people as sheriff.

Hear what the other people running for the job are saying about Apple’s decision to drop out, and Apple’s thoughts on the gun bills that state lawmakers have been considering by watching the video of Subrina Dhammi’s story.