ALBANY – An Albany jeweler is showing off its new crime suppression initiative.

As NewsChannel 13 reported in January, Truman Jewelers on North Pearl Street became the first business in the state to install synthetic forensic technology.

Criminals are sprayed with a non-toxic, water based chemical as they flee the crime scene.

The invisible residue stays on a person’s skin four to six weeks, and on their clothing two to three months.

They say the technology has been successful in catching criminals. 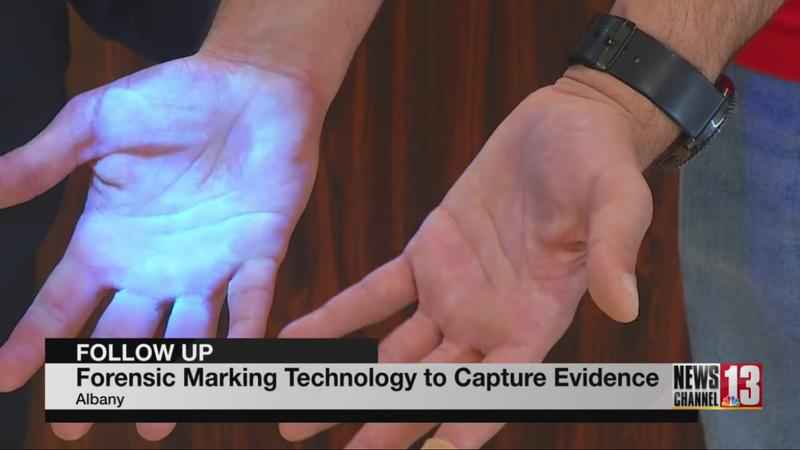 "Was it you? Were you there? You know, does it match up," said Richard Ruzzo, Shepherd Communication & Security Managing Partner. "So we’ve got video surveillance, we’ve got maybe eyewitness accounts, and now we’ve got something that has a pin code on it that can irrefutably identify the fact that this was released. It’s also on your person, it looks like you on video. It might be just the tool necessary to help adjudicate, quickly, these types of cases."

The manufacturer says there’s reduction in crime by 40% to 86% wherever the product is deployed.