A group of Albany women has been fighting for nearly a dozen years to bring to light what they’ve long suspected, that they are the victims of environmental racism. They say cancer is showing up in their families, and it all points to one facility that still stands today.

"My mom had cancer. My father had cancer too." said Elaine McCall.

The women say the only thing that connects their families to these cancers is where they grew up on Sheridan Place in the late 50s and early 60s. They lived in buildings 6, 8, 10, 12 and 14.

They also lived around the corner on Orange Street. 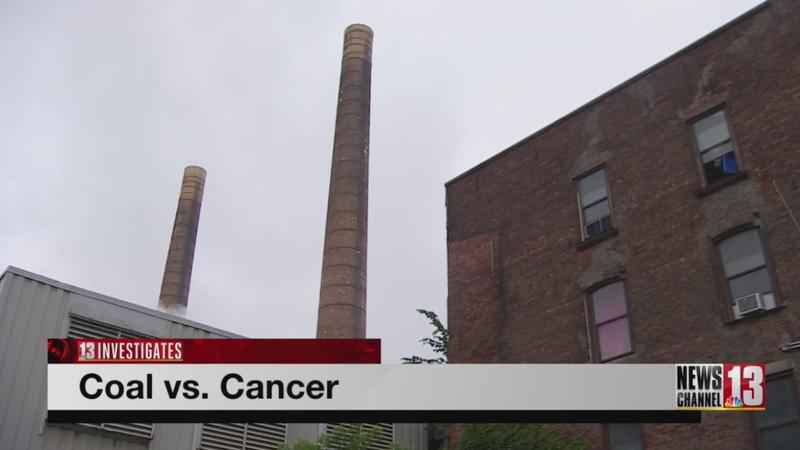 Embedded among their homes was the state run power house. It burned coal, and when it burned coal, no one in the houses could escape it.

However, they had no reason to escape it. They had no fear of danger.

"There’s an entrance where the trucks used to come in and it was wide open and we played dodge ball, kick ball, you name it," said Pat Perry.

"We used to roll around in the grass. This was a playground," said McCall.

The coal burning plant was built in the early 1900s to provide heat for the Capitol and the New York State Education Building.

NewsChannel 13 obtained insurance maps from 1934 of the Albany plant, which show the proximity of the plant to the women’s homes.

"You could see the little particles falling, but as a child no one told you it was harmful," said Betty Smith.

Dr. David Carpenter heads the Institute For Health And The Environment at UAlbany. His research focuses on diseases caused by environmental exposures. He says air pollution from coal produces carcinogens that can be linked to cancer.

"Coal contains metals, and some of those metals cause cancers. Those best documented are arsenic, cadmium," he explained.

"If that power plant wasn’t there in a residential neighborhood, would any of them still be here today," wondered Michelle Washington.

Learn about why the women feel city officials at the time were not alarmed about a coal-burning plant being so close to their homes by watching Elaine Houston’s story.

NewsChannel 13 contacted OGS, this was their response:

"To be clear, the state stopped burning coal at this plant in the mid 1960’s. That said, the current administration has worked to improve and expand clean energy at the site to reduce its carbon footprint and create a cleaner, greener New York.

Through the upgrades we have made and continue to make, OGS and our state agency partners have demonstrated our commitment to meeting New York State’s goals for reducing greenhouse gas emissions, including the goals established in New York State’s Climate Leadership and Community Protection Act. Here in Albany, we are moving forward with improvements to our facilities in Sheridan Hollow and at the Empire State Plaza. We are making them cleaner, quieter, and more efficient using technologies that may not have been available to our predecessors in the past.

The development of a remote solar array to power up to half of the Empire State Plaza’s energy needs is another example of how we are working smarter to build a cleaner and greener future.

OGS strives to be a good neighbor, which is why we have listened to the concerns of Sheridan Hollow residents, adjusted our plans when feasible, and kept community groups and local elected leaders informed of the improvements and the progress we are making."