Albany’s Cultural Center gives away free food to the community

The Cultural Center in Albany hosted a Fresh Food Freedom Day, where they gave away pounds of fresh produce to community members.

The giveaway was a celebration of love and community. The event was originally supposed to start at 3pm, but the organizer Allie Williams says people started lining up early, so by 3pm most of the food was gone. “I was a little emotional today, I cried because we ran out of produce, my heart was aching because I couldn’t get enough out,” she said.

Allie Williams says Quail street has been known for violence, but she’s trying to change that by feeding the community, making sure they feel loved, and have basic necessities needed for survival, like food. "The need for food is desperate, she said. We are a community of families and we don’t’ want your crime.”

Mrs. Williams says she comes from humble beginnings, but now she’s at a point in her life where she can give back. So out of her own pocket she bought nearly 100 watermelons to giveaway and she had an icecream truck on site for people to cool off and enjoy some dessert. “I know what it is to say I want an icecream and can’t afford it. I know what that feeling is or the urge of just wanting something and can’t have it and I’m about making change,” she said.

Albany County Comptroller, Susan Rizzo donates to the Cultural Center on a regular basis, so today she was on the scene just talking with the people in the area. “I want to give back, said Rizzo. It gives me a great opportunity to meet the people so I see what their needs are and what their wants.” 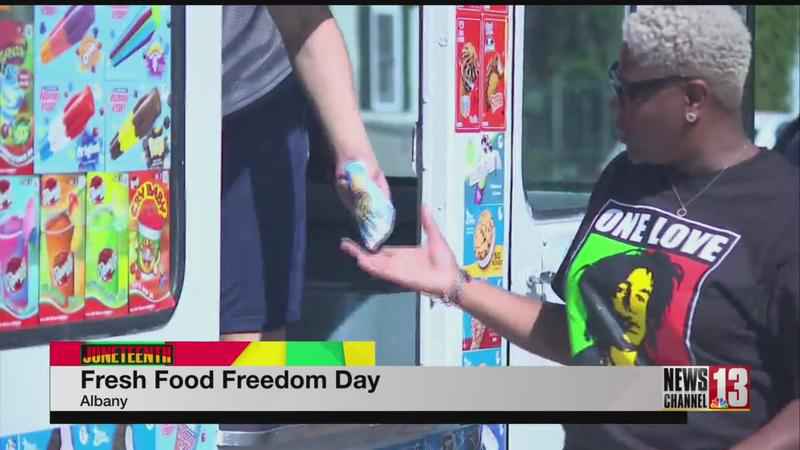 Allie says there’s always been a need in this area for food, but there’s been a noticeable increase over recent years. She says she wish she had more food to giveaway and hopefully, if they receive more donations they won’t have to turn anyone away in need.