Attorney for suspect shot by Albany police looks toward future

The case of Jordan Young will soon go to a grand jury.

Young is the man seen on body cam video running towards Albany police holding what appears to be a knife.

He was shot by an Albany officer and is still in serious condition at Albany Medical Center.

As NewsChannel 13 was first to report on Monday, Judge Christina Ryba ruled Young should no longer be in custody. 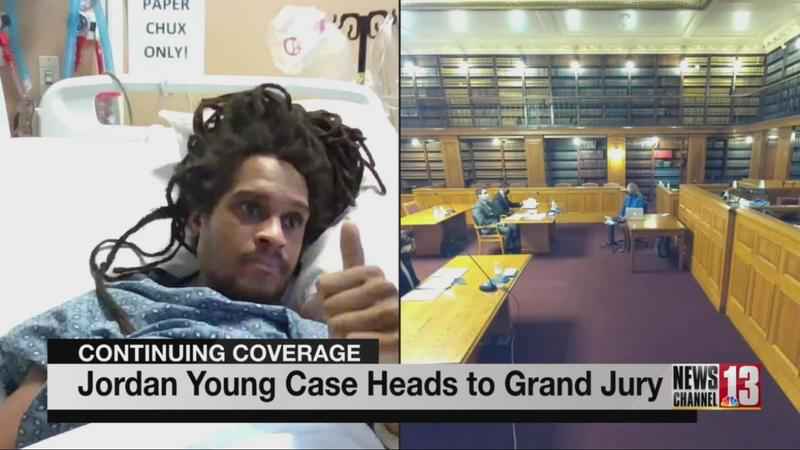 She said given his medical condition, Young is not a flight risk and should not be in custody – arguing that "county court abused its discretion when it determined to remand Young without bail."

She said "being shackled to a bed while recovering from severe gunshot wounds appears to violate Young’s constitutional right to be free from cruel and unusual punishment."

So what does that mean for the case moving forward?

He is no longer shackled to his hospital bed, and no longer constantly being watched by Albany corrections officers.

Young’s attorney, Rebekah Sokol, says Young’s family can also freely visit again. She says there was concern at one point that Young would be moved to a locked unit at Albany Med, with no visits.

Young faces a felony charge of menacing a police officer, after video shows him running in the direction of an officer with what appears to be a knife in his hand.

While that video has been the focus of this case, Sokol says there is more that we are not seeing.

Learn about what that is by watching the video of Subrina Dhammi’s story.