Family members tell NewsChannel 13 Tea’Shawn Walker, 13, was killed when the driver of a stolen car fled from police and then hit a building on Broadway.

A teenage girl was operating the vehicle with five other teens inside. The teens were between 13 and 15 years old.

Police say they saw someone driving a stolen vehicle in the area of Lark Street and Manning Boulevard. 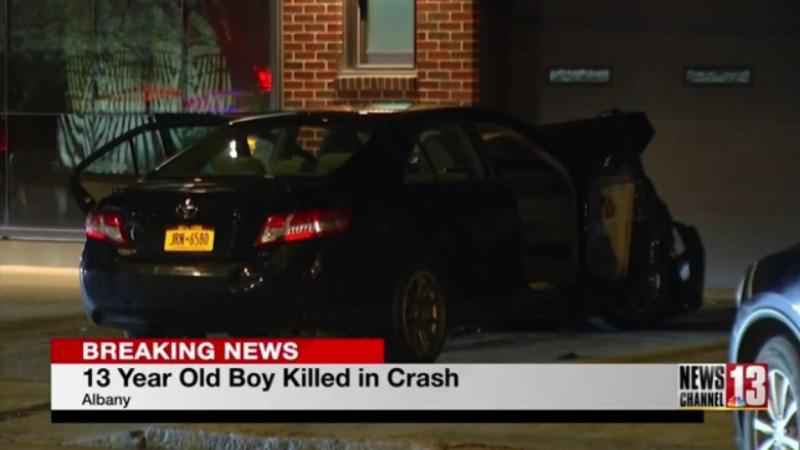 They tried to stop the driver. Instead, the driver crashed with another car traveling at Northern Boulevard and Pennsylvania Avenue.

Despite the crash, police say the driver continued on Northern Boulevard – eventually stopping near a building on Broadway and Lawn Avenue.

Steve Smith, an Albany Police spokesman, says the other teens who were in the car were detained at the police station. He says no one has been arrested. He says the teens were taken to a local hospital where they were evaluated. It’s not clear where those teens are at the moment.

NewsChannel 13 asked Smith if there was a police chase. He said it remains under investigation.