HALFMOON – It was Sunday afternoon in southern Saratoga County. At the Impact Athletic Center in Halfmoon, teams from around the region had gathered for a youth basketball tournament.

However, at some point, for some unknown reason, the competitiveness of youth sports turned into an ugly episode of courtside chaos and violence. A referee was ambushed and attacked by an out-of-control player.

"The hostility clearly has been ratcheted up immensely," said Jeff Dollar, President of IAABO Local Board 36, of the International Association of Approved Basketball Officials.

Dollar, who has been working high school and college games for 25 years, says he’s not the least bit surprised to see what happened to one of his officials.

"I think we’re crying out for help at this point in time to have some partners just to help officials in general," Dollar stated. 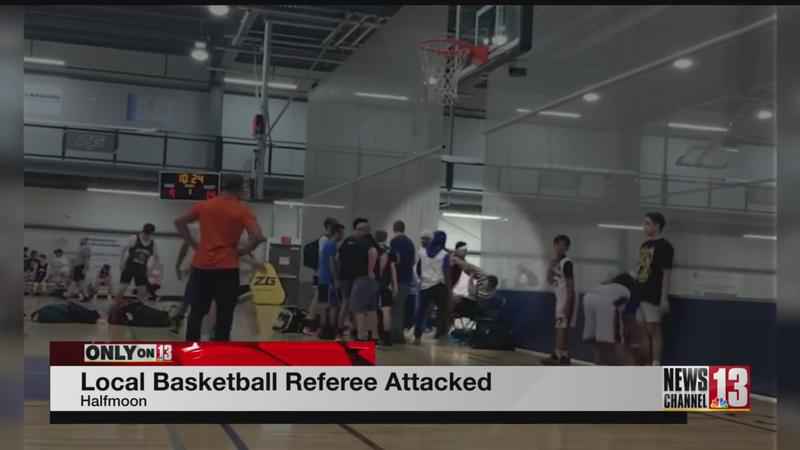 It’s not just Board 36 officials who are victims of assault or harassment. A recent survey of more than 17,000 sports officials found that nearly half felt unsafe or feared for their safety because of unruly players, coaches, or fans.

"This is total disappointment and I wish I could say I’m very much surprised, but I’m not surprised," said Sen. Jim Tedisco (R – Glenville).

Tedisco is one of several sponsors of a bill designed to eliminate verbal and physical abuse against sports officials, something already enacted in 33 other states.

"We take a lot of abuse as public servants, but I don’t know who takes more abuse than a referee in any particular sport," Tedisco asserts.

What’s being called a national epidemic is also leading to a shortage of manpower on athletic fields across the country.

"I think if the behavior continues, and we continue down this trend, interscholastic sports as we know them are going to look a lot different if at all they exist," Dollar adds.

Dollar points out the challenge it’s been trying to recruit young individuals to get involved in sports officiating. NewsChannel 13 asked him if he envisions getting to the point where there won’t be enough referees to cover all games scheduled on a given night.

"I think we’re already there unfortunately," he suggested. "Even in boys’ basketball which has historically been one of the better organizations in terms of our numbers, we’ve had to contact athletic directors this past year to ask them to change schedules due to lack of officials."