Many cats that were dumped in the cold in Berkshire County Friday have now been rescued.

People at the Berkshire Humane Society say they are still trying to find more cats that were abandoned.

They were able to rescue the cats, thanks to the help of one man.

Joshua Christman was driving Friday near Richmond Pond in Berkshire County when he saw at least 10 cats sitting in the middle of the road. Christman knew he had to help. He filmed the encounter and called multiple people to help rescue the cats.

Christman says one cat even jumped in the wheel well of his car trying to get warm. Christman called police and animal control. He even went on Facebook Live asking people in the community to see if they could take some of the cats. 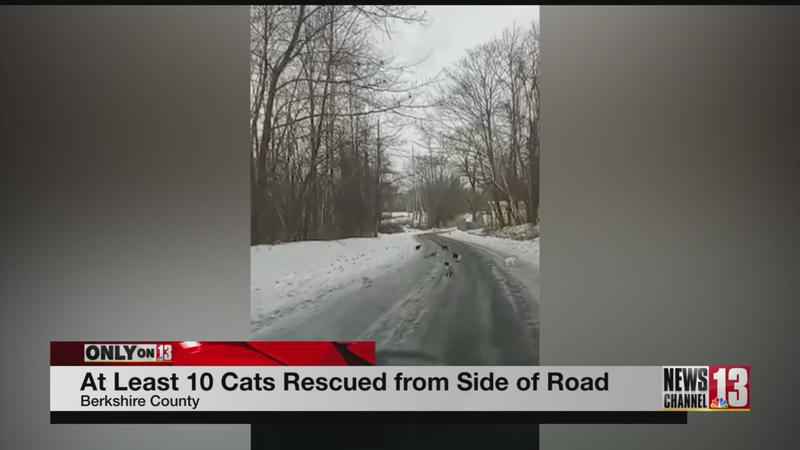 Christman has six rescue cats, so he wasn’t able to take in any cats himself. About 20 people came out. Berkshire Humane, Berkshire Animal Dreams, Bluebird Farm and others came to help. Christman is still shocked that someone would abandon cats outside in the cold weather.

"I couldn’t get over the fact that someone would dump them right before a storm. This storm is not just snow, the temperatures are dropping here in the Berkshires. They said it was three degrees out. If you’re cold, they’re cold. And they were laying in the road. They wanted to help," said Christman.