ALBANY – The streets and sidewalks around Albany are getting a makeover. The new Pavement Preservation Program is part of a $14 million investment included in the budget.

The new operations include utilizing to undertake a 3-D assessment of every street.

They also launched a new micro-surfacing program. It’s a treatment laid over the top of the existing surface to seal, protect and extend the life of asphalt.

The Department of General Services announced they’ll use brine in place of salt crystals to melt snow.

"About 40% less salt than we would normally use on a regular snow storm. It is more efficient. It lasts a lot longer on the road, and it does not allow the snow to ice up on the road, so that it would be better traveling and safer for our pedestrians," said Sergio Panunzio, the Commissioner of Albany County General Services. 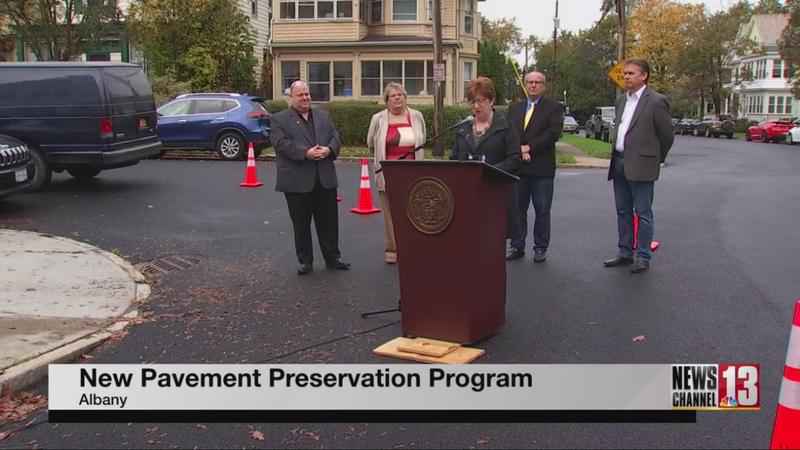 There are 27 streets in the city of Albany set to be revitalized.