A bill that is heating up in the New York State Legislature would make most New Yorkers never go cold again.

The proposed law would ensure you always have propane to heat your home during emergencies.

Lawmakers do not want history to repeat itself again.

In the past couple of months, 13 Investigates has told you the countless stories of people who ran out of propane and their propane company could not deliver in time. Ferrellgas was the center of that issue. So many people were forced to freeze in their own homes in below-freezing temperatures. This bill would make sure that does not happen.

If you are in the situation of needing propane and your main provider can’t get it to you in time, you would be able to go through any other propane company during an emergency. 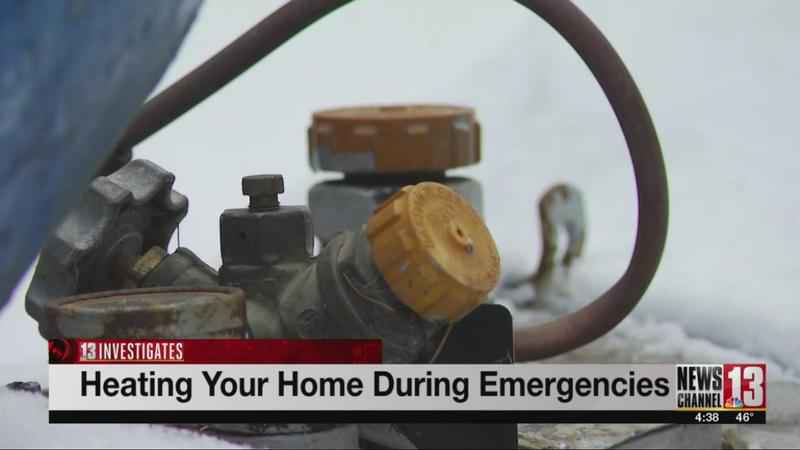 As well as when there is a period of high demand, regardless of customer status.

This bill passed the Assembly on Monday, March 21, and now it goes to the Senate for approval.

This bill is helpful for the people who lease a tank from a propane company. Those customers are not allowed to go through another provider for any reason.

If you own your tank, you can go to whoever company you want.

"It’s a basic necessity. In the Northeast, we have to have heat to make it through the winter," he said. "To know that there are people out there that are running out of fuel, unable to provide a basic need to heat their home, is unacceptable."

Santabarbara has tried since 2018 to get this bill passed, but it always failed. This time, it could finally come to fruition because of Senate support.

Senator James Skoufis has a matching bill that is currently in the Senate committee.

Regarding Santabarbara’s bill, Skoufis’ team tells 13 Investigates he "was thrilled to see the bill’s passage in the Assembly. No household should be forced to go without heat in times of severe weather or states of emergency, and with this legislation, homeowners won’t be beholden to one propane supplier when their safety is on the line."