Bird flu is taking a toll on eagles, wild birds

When a pair of bald eagles made a nest in the lakeside Milwaukee neighborhood of Bay View, the community was thrilled.

One or both eagles used to sit in Sue Gradus’ tall tree overlooking the lake.

"It was just amazing because he’s close enough," she said. "You don’t expect it in the city."

But the female fell ill and wildlife officials had to rescue her when she was found beneath her nest.

The next day she had to be euthanized because of her deteriorating condition and later tested positive for avian influenza. 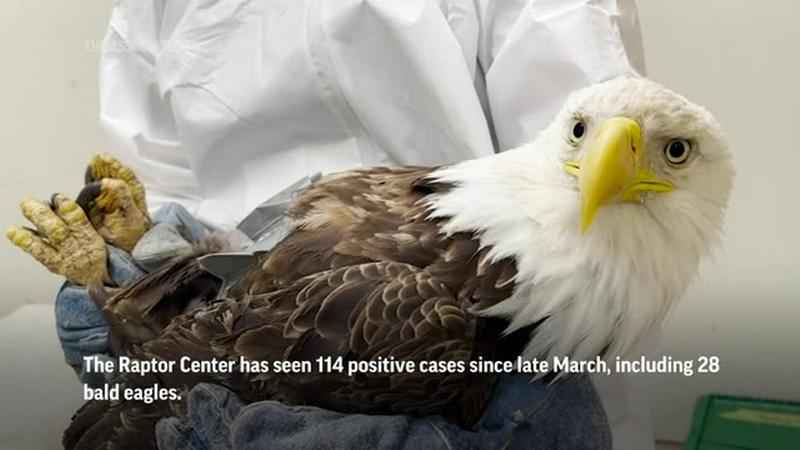 The U.S. Fish and Wildlife Service says this new avian influenza strain has been found in 34 states, with eagles affected in at least 17.

The Raptor Center at the University of Minnesota is seeing so many positive cases it set up a separate quarantine building.

Executive Director Victoria Hall says she is seeing 90 to 100 fatality rate among raptors.

The Raptor Center has seen 114 positive cases since late March, including 28 bald eagles.

The U.S. Fish and Wildlife Service says it’s too early to know how it might affect bird populations. A U.S. Geological Survey database puts the number of suspected and confirmed deaths of wild birds at more than 8,500 so far.

When word spread about the Milwaukee eagle dying, many in the community were devastated and someone even left flowers near the nest.

"They are certainly a charismatic species, and they’re emblematic for the United States to represent. I think strength and freedom," said Samantha E. J. Gibbs, Wildlife Veterinarian, U.S. Fish and Wildlife Service. "And so to see an animal like that suffering from an infectious disease can be quite troubling. I think."

So far, the male in Milwaukee seems to have escaped catching the flu.