SARATOGA SPRINGS – The series of arrests that began Tuesday night in Saratoga Springs stems from a Black Lives Matter rally that took place earlier in the summer, on July 14th. On that night, protesters gathered at Congress Park and then proceeded to march through city streets, which prompted local police to intercede.

"They’ve been out here. They could have arrested them if they wanted, any other time. They’re not hiding," said Nedra Hickenbottom, whose two children were among those arrested.

After she found out early Tuesday evening that her son Lexis Figuereo had been pulled over in his car and arrested, Hickenbottom says she and her daughter headed straight to the Saratoga Springs Police station to find out why.

"I want to make sure I’m here, and I’m aware they’re not hurting my son," she said. "All of a sudden we can see inside that they had a sheet of paper, and they had a list of names and my daughter Chandler Hickenbottom saw her name on that list and the next thing you know they started bombarding us, and they started arresting everybody."

Before long, five people were in custody, all of them charged with disorderly conduct connected to the Black Lives Matter rally earlier this summer. 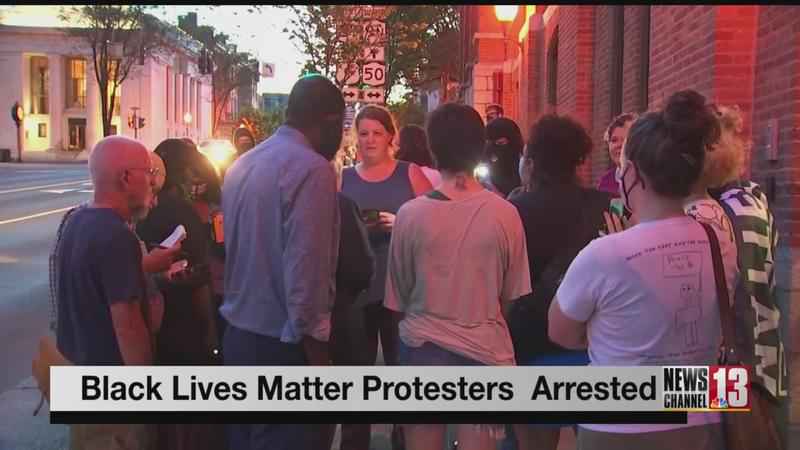 "We started effecting some arrests, and we’ve got more arrests to make in reference to that matter from July 14th," said Lt. Bob Jillson, of the Saratoga Springs Police Department. "That will probably be looked at in the near future, not tonight, tomorrow and the coming days to hold people accountable."

The five suspects were being held for more than four hours, waiting for a judge to come and arraign them.

"You can’t look at the demographics of people arrested," Jillson stated. "We look at their action."