The staffing issues plaguing employers aren’t getting any better yet.

As NewsChannel 13 has been reporting, The Great Escape in Lake George will be closed two days a week because of trouble finding employees.

Not far from there, Bolton Landing Brewery has been facing similar problems.

However, thanks to a creative idea, they now to seem to have this recruiting thing in the can. 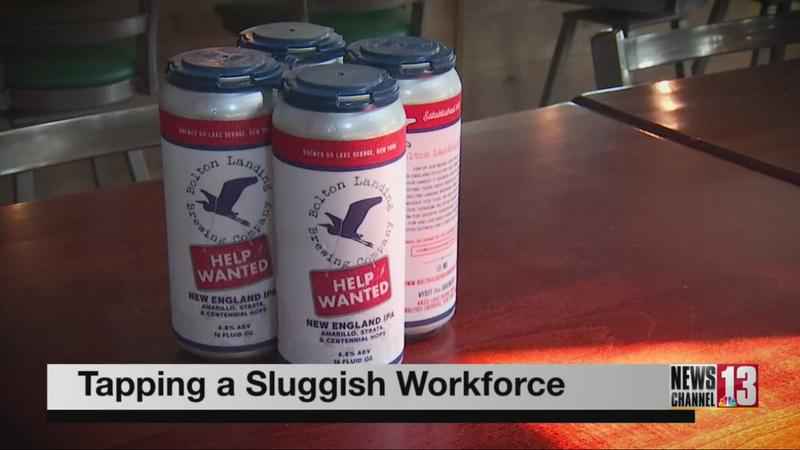 The brewery put their message where your mouth is, turning out a special brew called "Help Wanted."

"It’s another way of going directly to people, people who like craft beer who would like to work in craft brewery and maybe, you know, it’s a perfect match," said Brandon Murnane, owner of Bolton Landing Brewing Company.

"To create a label that said ‘help wanted’ and use the whole thing as a classified ad," said Kerr.

Right on the can, it tells beer lovers how they can do more than just drink it.

See how the unusual reach out effort is doing so far and expansion plans they have once they get new employees by watching the video of Dan Levy’s story.