Kieran Rhodes, a local singer and songwriter, made his debut on the hit show “America’s Got Talent” Tuesday night.

After an emotional performance, Rhodes received a standing ovation from all four judges.

“I was just super grateful with how that turned out,” Rhodes said. “I was completely blown away by their response to the performance.”

Rhodes started his audition singing Billy Joel’s “She’s Got a Way.” While he is singing and playing piano, judge Simon Cowell stops him, and asks him if he has an original song. He says ‘yes,’ and performs his own song, “Disengage.”

“I couldn’t really recollect the moment, I was playing, things happened, and then I wasn’t,” Rhodes said. “Actually, on the inside, my smile was really big because I wanted to play an original song. I really just wanted the world to hear my original song.” 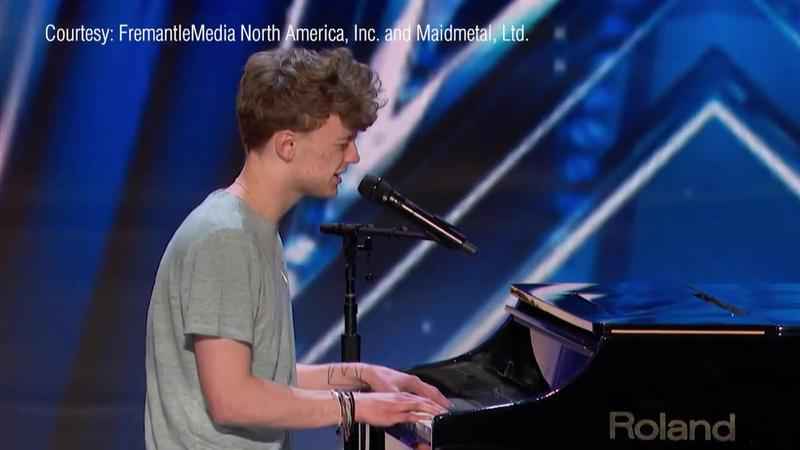 Rhodes was nervous about the judge’s reactions, but there was nothing for him to worry about.

“I loved it,” Judge Sofia Vergara said. “I could hear you play and sing for hours.”

“You are a star, young man,” Judge Howie Mandel said.

“You take it for granted when you see someone sing and play piano, but it is so hard to do, and you are so good at it,” Judge Heidi Klum said.

The most anticipated reaction for Rhodes was from Cowell.

“You’re a great singer, I really like your original song, and I really do hope this audition can change your life in so many ways,” Cowell said.