Flatt says he’s been contacted from people all over the world about this story, and attorneys have been reaching out to see how they can help.

NewsChannel 13 was the first station to interview Flatt earlier this month.

He keeps Ellie at the home he owns in Canajoharie. She’s a registered emotional support animal.

He has been to court more than a dozen times over this. 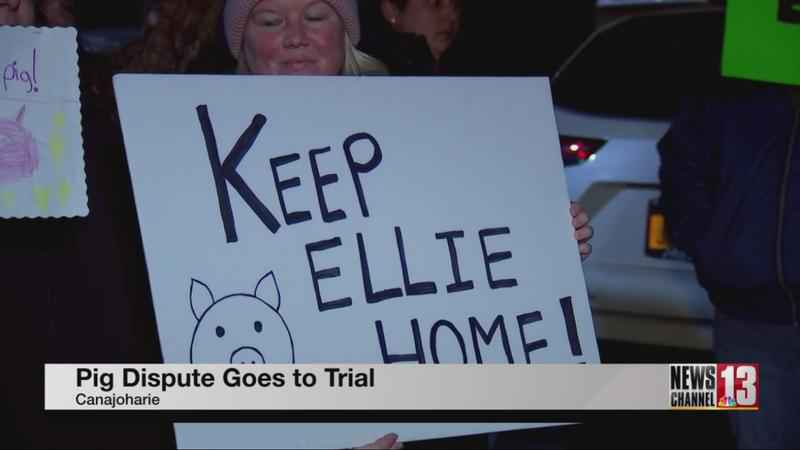 The village cites an ordinance that dates back to the 1960s, saying farm animals can’t be kept as pets on village property, comprised of less than five acres.

The attorney on the case refused to talk to NewsChannel 13 Tuesday night, as the decision was made to take this to trial.

State Assemblyman Angelo Santabarbara, who covers Canajoharie, says he’s disappointed it has come to this.

Flatt’s trial is set for March. He faces six months in jail if he’s convicted.

See what some people are saying on social media about the dispute, by watching the video of Subrina Dhammi’s story.