A new report from the Wall Street Journal claims Facebook is trying to bury its own findings about the toxic effects of Instagram on teen girls’ mental health.

Now senators from both parties are demanding answers from Facebook about how its photo-sharing platform is affecting young users. The new report says 6% of American teen users who reported suicidal thoughts traced their desire to act on those thoughts to Instagram.

An eating disorder specialist tells NewsChannel 13 parents need to think of social media like giving kids a car– don’t hand it over unless you understand what they’re getting into and can teach them to manage it. But she also says, like a car, you can’t keep it from them forever.

“Social media is here, right? It’s here to stay. So instead of fighting the fight and trying to make it not a thing, you’ve got to understand it,” said Julie Morison, PhD., the owner and director of HPA/LiveWell. “The first thing you don’t want to do is tell them, ‘No social media.’ Cause the first thing a kid wants to do then is be like, ‘Alright, why?’”

Dr. Julie Morison says it’s normal for your kids to be comparing how they look to others online. 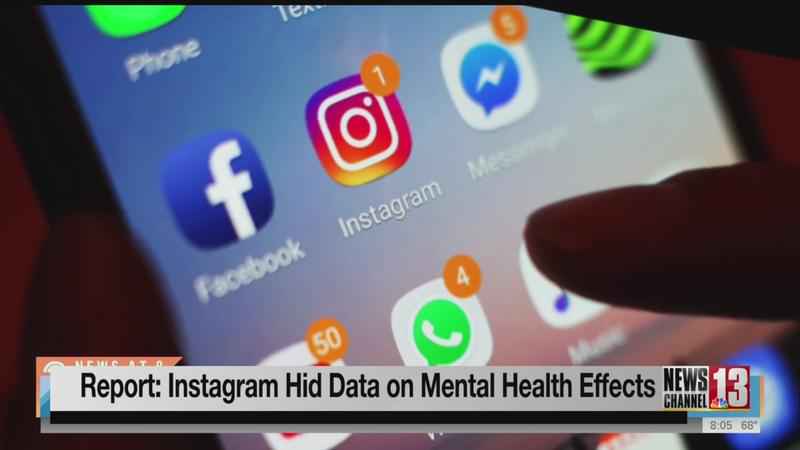 “When you’re a kid, you’re checking to see, ‘Am I good enough? Am I okay? And it’s normal, it’s part of development,” Morison said.

One leaked statistic says Facebook found that 32% of teen girls said when they feel bad about their bodies, Instagram made them feel worse.

“As parents, it’s our job to know what our parents are being influenced by,” she said.

The findings also show Instagram downplayed its findings in public.

“The research that we’ve seen is that using social apps to connect with other people can have positive mental health benefits,” Mark Zuckerberg is quoted as saying.

“You’re like, wow, that person’s really beautiful or pretty, and then you have to like realize there could be 5 filters on that, or there’s so many body-altering apps now,” said Kate Tortora, community education outreach coordinator for NAMI New York.

That’s why Morison says it’s important for parents to know what your child’s triggers are and how certain images could affect them.

“If this kid is idealizing some things parents think might be risky, I think it’s important to bring it to the child’s attention and say, ‘that worries me a little bit. Here’s what I’m hearing you say,” she said.

Instagram says the new report only focuses on the negative findings, and that its research found social media’s effect on mental health is mixed.