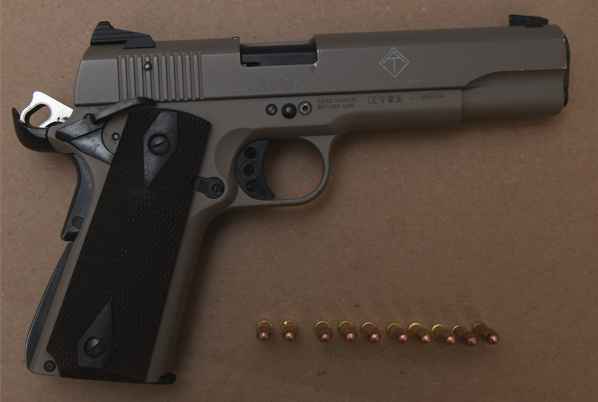 Albany Police say they received a call from a concerned citizen around 10 a.m. Friday for a man with a gun in his waistband in the area of Lexington Avenue and Sherman Street.

They say they saw a person matching the caller’s description and attempted to stop that person. The individual ran form the police. After a quick foot chase, police were able to arrest the individual.

A loaded handgun was found inside of the 16-year-old suspect’s pants. The suspect whose name will not be released due to his age, was charged with one count of Criminal Possession of a Weapon.

He was arraigned in Albany County Family Court and remanded to the juvenile detention facility.