You may have already seen it this winter, large trucks spraying a liquid solution on the streets in Albany, creating white streaks on the pavement.

"Basically, it is a combination of salt and water, and it’s mixed in a certain way where it mixes to 23% salinity," said Frank Zeoli, Deputy Commissioner for Albany’s Department of General Services.

The brine is used as a pre-treatment before storms, helping to cut down on the amount of road salt needed.

"The salt and water binds to the cracks and crevices of the roads quicker, as opposed to regular salt," he explained. "Because of that, it makes it more safe for residents quicker." 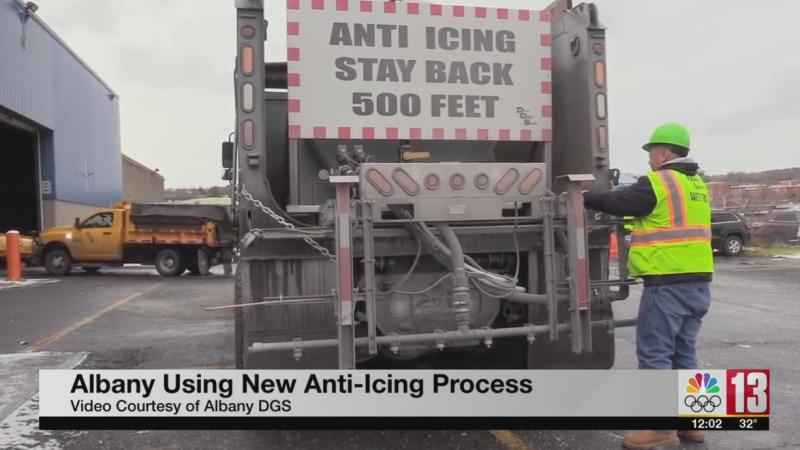 While Warren County started using salt brine in 2020, the city of Albany is one of the first in the immediate Capital Region to use the technique, with the Department of General Services making the solution itself.

The city’s Department of General Services says the brine is also better for the environment, infrastructure, and will save the city money in the long run by reducing the amount of salt required.

However, don’t expect road salt to go away completely this winter season.

"We’re still going to need road salt in certain areas and at certain times," he said.