COXSACKIE – A state of emergency remains in effect in the village of Coxsackie, after powerful storms rocked the area Wednesday.

The mayor says the National Weather Service tells him damage was caused by straight-line winds of up to 100 miles per hour. It wasn’t a tornado.

People in the village were scrambling to clean up Thursday with another chance of severe weather.

Mayor Mark Evans says the state of emergency will remain in place until Central Hudson finishes their repairs and pole replacements, and these roads become passable again.

The mayor estimates about 100 large trees came down during that storm, and it’s all hands on deck to get things cleared up. 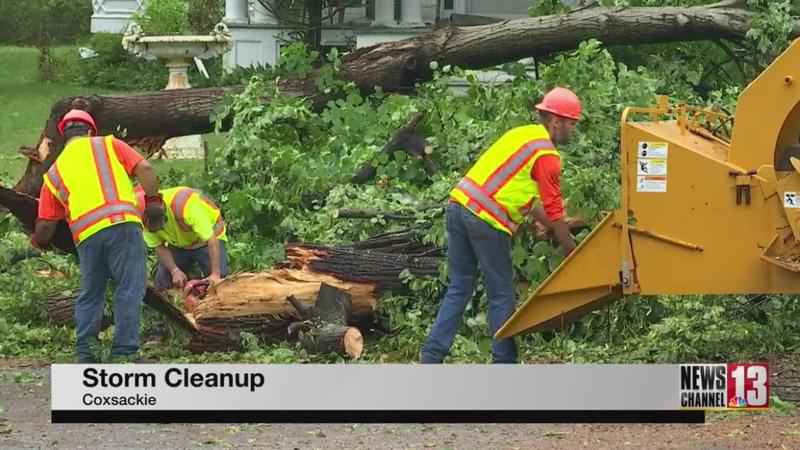 That includes an oak tree outside W.C. Brady’s Sons funeral home that dates back to the 1800s. The funeral home also has some minor roof damage.

See the big cleanup underway, and a short video of the bad storm as it happened by watching Sam Hesler’s story.