James White is accused of killing two women and two young children in their Lansingburgh apartment in 2017.

White has been defending himself during the trial. If convicted, he faces the possibility of life behind bars without the chance of parole.

Co-defendant Justin Mann pleaded guilty in 2019 to four counts of murder, and was sentenced to 25 years to life behind bars. At one point, White questioned Mann in the courtroom as part of his defense strategy.

Monday, the prosecution showed video they claim is White and Mann wearing face masks to conceal their identities after leaving the house where the crime took place. 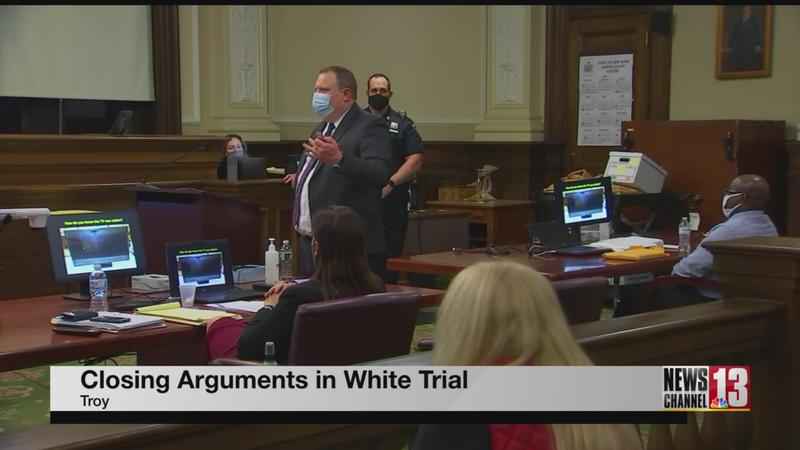 "Minus the short clip that James White showed you where he put his mask down and picked it back up, he had his mask on that entire time. Again, why? Not to surreptitiously signal to the bus gods and the cameras, but to hide who he is because he just committed a crime," said Chief Assistant District Attorney Matthew Hauf in closing arguments.

White has claimed he did not participate in the crime, trying to poke holes in Mann’s testimony.

"They presented a host of witnesses. Only one of them, Justin Mann, who has contradicted himself and has every reason to lie. No one has testified other than him that I killed or injured anyone," White said.