ALBANY – Anthony Ojeda is now one of the most wanted fugitives in the United States.

"For the U.S. Marshals, we’re going after our nation’s most violent and dangerous. Anthony Ojeda is one of them. In fact, he’s one of our top 15," said Stu Smith with the Regional Task Force. "It’s extremely important. We bring all assets and resources available from both our agency and our partners."

Ojeda has been on the run since last summer. Investigators believe he’s with his husband, Neil Garzon, and that they’re getting some help.

"Investigators believe Ojeda and Garzon may have received assistance from family members or associates in their efforts to evade law enforcement," said U.S. Marshal David McNulty.

Ojeda is facing charges including murder. He was the guardian of a baby named Eli, who died at just six weeks old.

Prosecutors say the infant had injuries to his ribs and head, and toxic levels of methamphetamine that killed him.

The couple was released with conditions last June after being charged, but then took off. Investigators say in August, they were spotted in Lebo, Kansas in a car with Indiana plates.

It’s a case that gripped the community. 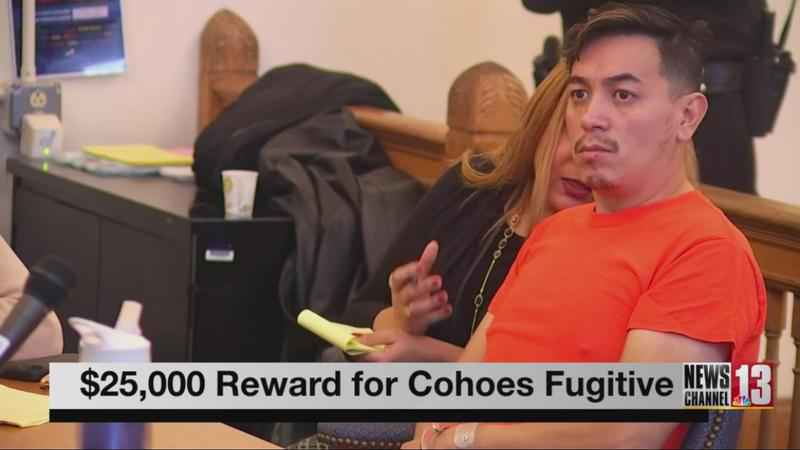 "A 6-week-old child died and it didn’t have to happen," said Cohoes Police Chief Todd Waldin. "It shouldn’t have happened, and then the people who were responsible for that decided to take off and didn’t want to be held accountable for it."

The Cohoes lead investigator got a prayer card at little Eli’s services, and he pulled it from his pocket at the news conference.

"I still have it with me. I carry it every day when we’re working the case. It stays with me, either at my desk or at my home," said Cohoes Police Detective Sergeant Michael Greene. "I was at Albany Med when baby Eli passed. I worked the case, made the arrest, and to me, it’s very personal — not just as a police officer, but as a father."

Anyone with information can call 877-WANTED-2, or go online to leave a tip on the U.S. Marshals website.