ALBANY – It was back on June 5, inside the Impact Athletic Center in Halfmoon when a youth basketball player violently attacked an unsuspecting referee.

"There have to be consequences to this behavior," asserted Stephanie Dutton, Commissioner of the United East Athletic Conference, with her home base in Latham, "There has to be deescalation strategies and ways to show folks that this is a zero tolerance type space."

The player allegedly involved in the Halfmoon attack is currently facing assault charges, but the incident is seen as part of a nationwide epidemic of unruly behavior with far-reaching ramifications.

"Without officials, we cannot provide a safe environment in which we’re adhering to the rules of competition," Dutton stated. 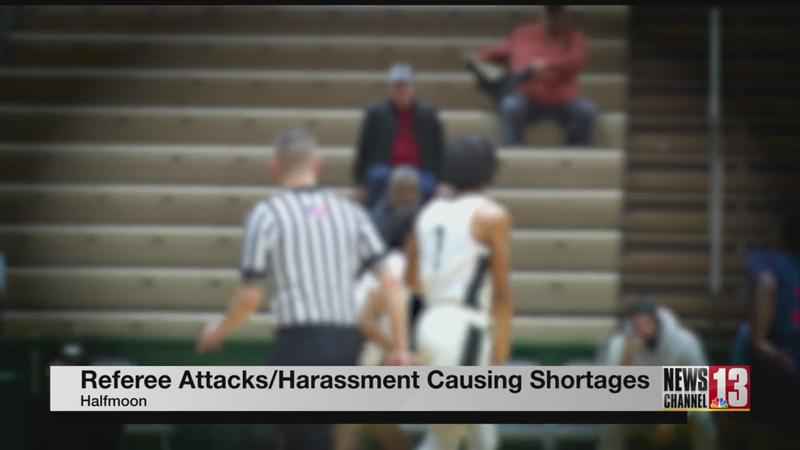 Bad behavior by players, coaches, and fans she says is the primary reason why 50,000 referees nationwide have called it quits in the last three years.

"Over a third reported that it was sportsmanship related to parents and coaches that were impacting the officials shortage," she said.

Dutton is chair of the Division III Officiating Advisory Group, currently in the midst of a five-year strategic plan to address the officiating shortage. She says it has been a struggle.

"When we ask folks, and we ask our student athletes who maybe approaching graduation, ‘Hey, would you be interested in officiating,’ they don’t have an interest in doing so right now and some of it is because they see some of the bad behavior."

With veteran officials retiring four times faster than new ones can be brought up, many referees work more than one game in a day, traveling to different venues. Game schedules are also being changed, and Dutton is unable to predict how long the current situation is sustainable.

"We always say to folks, if you feel that you are critical of the officials and feel that you know the rules better, come join us," she said.

The young man accused in the Halfmoon attack, 19-year-old Unique Steele, is due back in court June 22.