A convicted rapist accused of raping another teenager in Watervliet was back in court.

This was a preliminary hearing, with testimony from a person who was in the Third Avenue home at the time of the alleged rape.

Burch is accused of forcibly raping a 15-year-old girl in a bedroom where she had been sleeping, just five says after his release from prison for raping a 16-year-old girl. 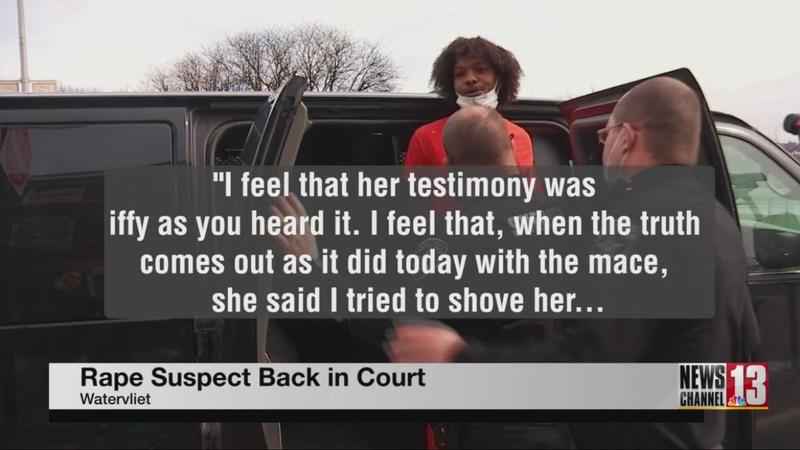 He is facing a list of charges including first degree rape and predatory sexual assault.

He was sent back to jail after the hearing, and the case is now expected to head to a grand jury.

On his way back to jail, Burch actually spoke to reporters. Hear what he had to say by watching the video of Kumi Tucker’s story.