ALBANY – A portion of the McCarthy Tire and Automotive building came crashing down Tuesday.

It happened around 2 p.m. at 980 Broadway it Albany. Police say the truck was pulling into the garage, but left the crane on the truck up. The truck’s crane is used at the shop to lift large tires.

The arm of the crane hit a beam at the top of the garage entryway. This caused the whole wall around the entryway to come crumbling down. A bystander told one of our photographers that he heard a loud "boom."

The damage seemed to go back into the building.

The Albany Fire Department was on the scene. Albany police closed Loudonville Road between Broadway and North Pearl Street as engineers assessed damage. The road has since re-opened. 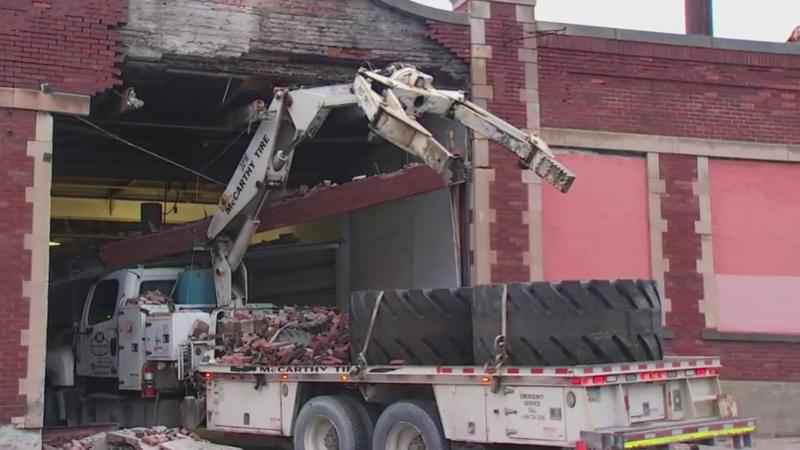