MILTON – A small plane came crashing down in the middle of a Saratoga County field on Wednesday evening. Luckily, both people in the plane were able to walk away.

They are 30-year-old Justin Platt of Ballston and 35-year-old Jesse Richardson of Fultonville.

Police say Platt, who was a student, and his flight instructor, Richardson, were coming in for a landing at the Saratoga County Airport, when the plane landed just south of the runway in a very heavily populated area.

The plane has damage to its landing gear, the right wing, and the propeller.

The FAA was investigating Wednesday evening. The NTSB was expected on Thursday. 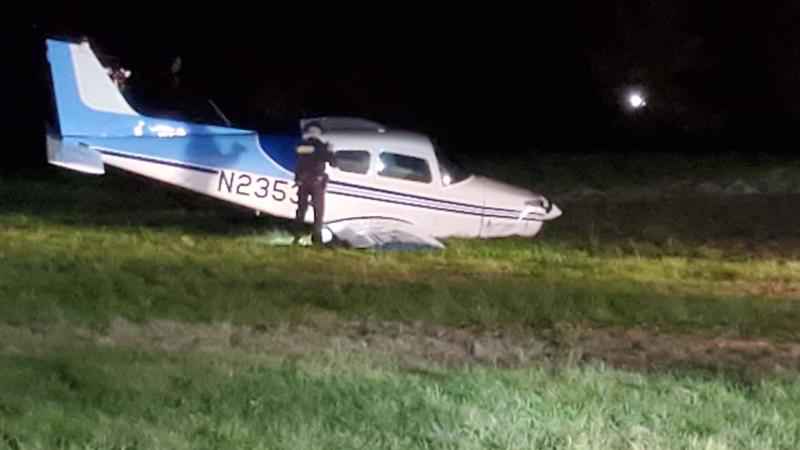 A plane crash-landed at Saratoga County Airport on Wednesday evening.[WNYT]