Cuomo questions integrity of AG’s investigation of claims against him

Gov. Cuomo is again questioning the integrity of Attorney General Letitia James’ investigation into sexual harassment claims against him.

The investigation was launched in February, after the first three women accused the governor of inappropriate behavior.

At his press conference Monday, Cuomo said he has concerns as to the independence of the reviewers.

While he has urged New Yorkers to trust the process, he also says New Yorkers are not naive.
Cuomo has denied any wrongdoing.

"When [New Yorkers] get the facts, I am very confident that they will be shocked at what they have heard about this versus what they know about it," said Cuomo. 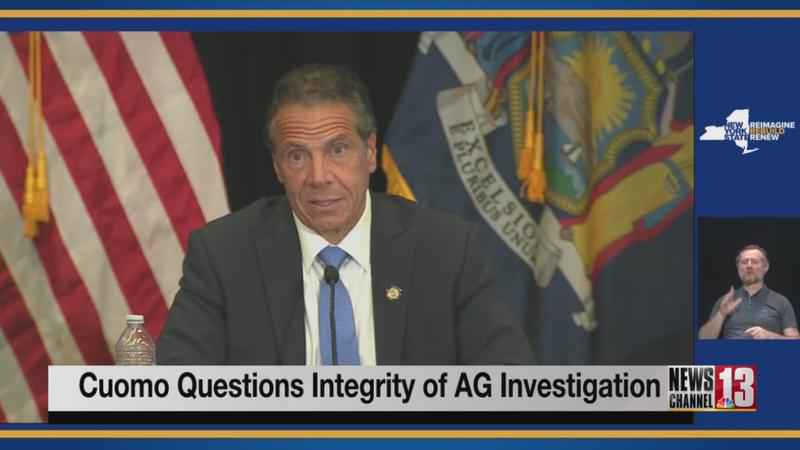