MIDDLEBURGH – For more than 140 years dairy cows have paid the bills for the Van Aller family and kept their Middleburgh farm afloat. On Sunday night, with torrential rains saturating the Schoharie Valley, four generations of farming very nearly came to a tragic end.

When the sun went down Sunday night and the mid July rain intensified, the fast flowing Little Schoharie Creek began to overflow its banks. When that happened, 96 cows became stranded on the other side, away from their barn.

"I was worried about it all night long," said Todd Van Aller, whose great grandfather settled the land in the 1880’s. "There was nothing I could do about it. I had to wait for daylight."

When daylight arrived Monday morning, Van Aller says he was going to lead the herd up the creek and over a bridge but before he could do it, the cows began crossing the treacherous creek on their own, with the water four to five feet deep and flowing rapidly.

"They could have drowned," Van Aller suggests, "When they were sideways, the water just pushed them down but when they got going with the water, it wasn’t fighting them so much, and they go to the edge of the bank." 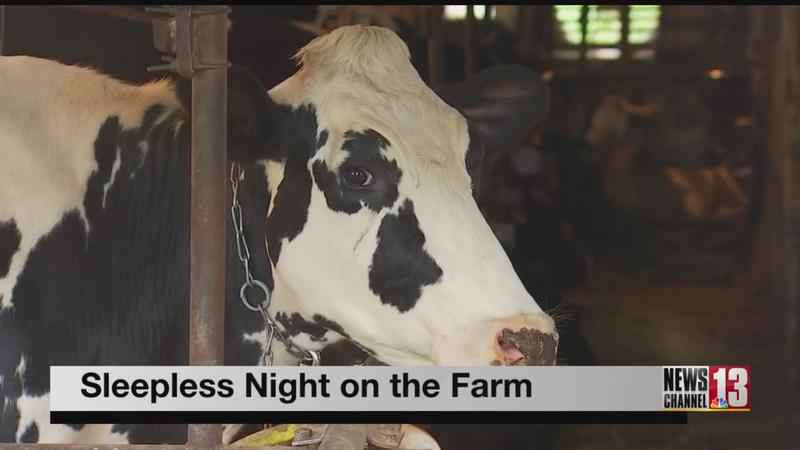 Van Aller said the herd is his "livelihood". Without milk, he said there’d be no money.

Miraculously, all of the cows made it back across the creek, into their barn, which also took on some water. When it receded, the cows were fed and milking resumed.

In the aftermath of Tropical Storm Irene in August 2011, van Aller says he lost part of his herd, and after living through that nightmare and the one last night, he’d be happy if he never saw another flood for the rest of his life.