COHOES – The New York State Department of Environmental Conservation has ordered the Norlite facility in Cohoes to immediately cease and desist from activities resulting in off-site dust.

The agency says a new report directly links that dust to neighboring properties around the plant.

The notice of violation issued by DEC on Tuesday requires the immediate stoppage of actions resulting in dust leaving the property. It also requires other operation improvements and enhancements to address the violations.

Norlite is actively working on dust mitigation measures at our facility in Cohoes. For months, we have sought New York State approval to move ahead with detailed, comprehensive plans we submitted to New York State last October 15. We are required, and quite prepared, to coordinate with the New York State Department of Environmental Conservation. In the time since our plans were submitted, the dust-mitigation equipment we proposed could have been ordered and installed. While we know of no credible evidence that the dust poses a risk to our community, Norlite has been and will continue to be fully responsive and cooperative in seeking a comprehensive solution that satisfies the concerns of state and local officials.

"The regulatory action against Norlite, announced today by the DEC, is welcome news to the residents of Cohoes and the surrounding area. The DEC findings about particulates blowing from Norlite’s operations into Saratoga Sites and the surrounding neighborhoods are concerning but not surprising.

For two years I have been urging Norlite to cover their piles and contain their fugitive dust. I have been sounding the alarm about what is contained in the company’s so-called block mix, and other dust coming from their operations.

In an effort to make our community safer, I urged the DEC to install air monitors and more closely track Norlite’s fugitive dust which area residents have complained about for decades.

I applaud DEC Commissioner Seggos and his team for the progress they have made today. This announcement is an important step in the process of holding Norlite accountable, and improving the quality of life in our city.

The next step is up to Norlite. For months officials at the company have said they want to be a good neighbor. They can start by covering the piles, containing their fugitive dust, and following all of the laws and regulations that come with incinerating hazardous waste." 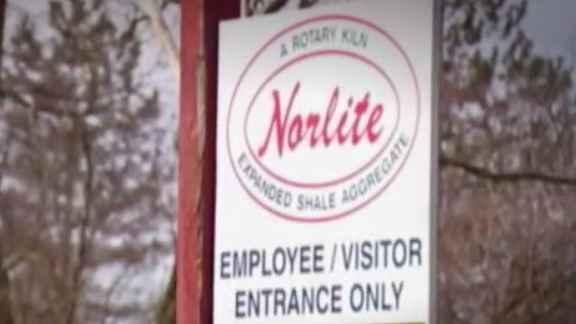