After five weeks of testimony, a murder defendant took the stand Tuesday to testify on his own behalf.

Through tears, Georgios Kakavelos he said he didn’t kill Allyzibeth Lamont, that it was all his co-defendant, James Duffy.

Kakavelos took the stand to say he didn’t have anything to do with the murder of Allyzibeth Lamont, who worked for him at his Johnstown sub shop. 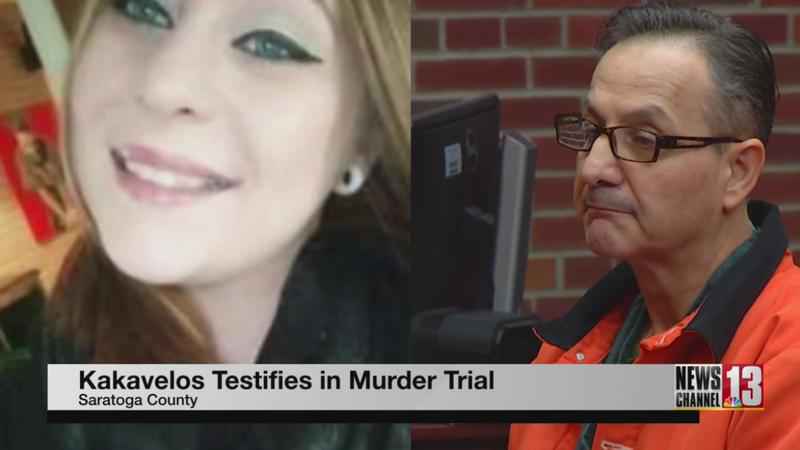 Duffy and prosecutors claim that Kakavelos worked with Duffy to kill Lamont and bury her off Exit 13 of the Northway because she was threatening to report him to the Department of Labor for failing to pay properly.

However, through tears on the witness stand Tuesday afternoon, Kakavelos described walking in on Duffy after he’d just murdered Lamont inside the deli.

Hear the chilling threat Kakavelos says he got from Duffy by watching the video of Mark Mulholland’s story.