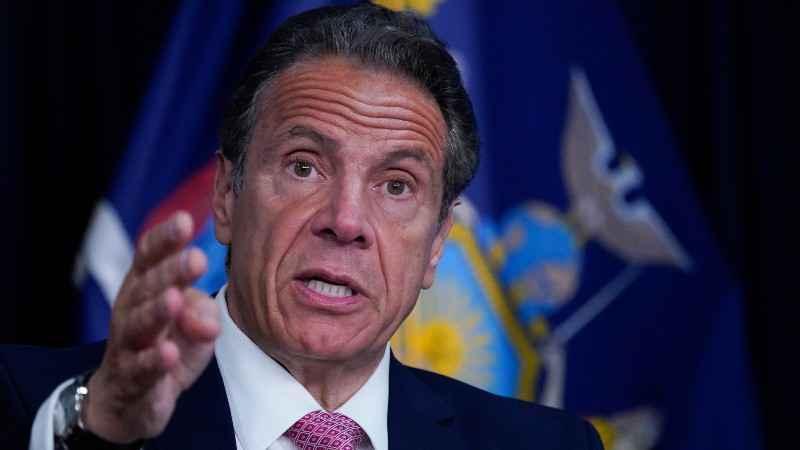 FILE - New York Gov. Andrew Cuomo speaks during a news conference, Monday, May 10, 2021 in New York. Cuomo disclosed Monday, May 17, 2021 that he was paid a $3.1 million advance to write his COVID-19 leadership book last year and under his publishing contract will make another $2 million on the memoir over the next two years. [AP Photo / Mary Altaffer, Pool]

New details are coming out about Gov. Cuomo being questioned by the New York state attorney general’s office in the sexual harassment case against him.

The New York Times is reporting the videotaped interview on July 17 lasted about 11 hours.

The governor faced questions under oath about his treatment of women, posed by the two lead investigators hired by the Attorney General’s office.

Several women have said Cuomo inappropriately touched them or made offensive remarks.

The governor denies harassing anyone.

He did admit he may have acted in ways that unintentionally made people feel uncomfortable, and he apologized for that.