Dirt bike thefts on the rise in Capital Region

There’s a big increase in dirt bikes being stolen recently – and it’s happening all over the Capital Region.

They stole Jubic’s three dirt bikes. One was brand new. He says together, they’re worth about $22,000.

It’s well known in the racing community that it’s happening all over the Capital Region. At least five other racers told NewsChannel 13 it’s happened to them. 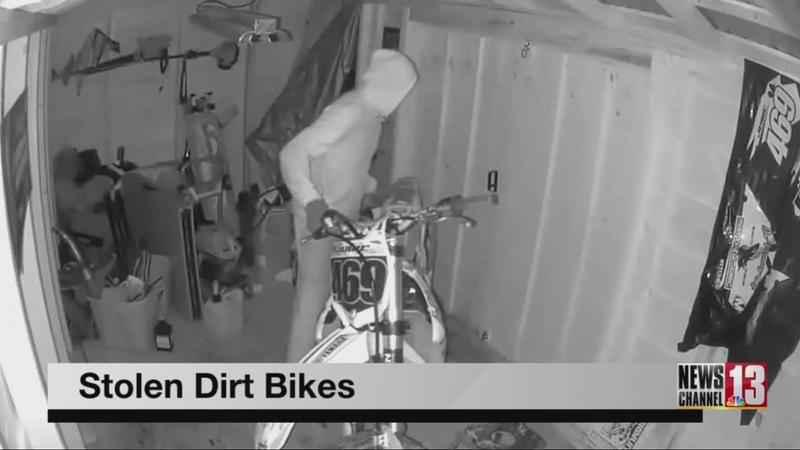 Police are investigating, and confirm that dirt bikes are being stolen a lot.

In this case, the criminals used what looks like a U-Haul van – and those U-Hauls are also being stolen.

Jubic was selling bikes, but he’s not sure if that’s what led criminals to him.

He says the criminals didn’t just take the bikes, they also took his peace of mind.

Police say if you’re posting stuff to sell, it’s best to meet or show merchandise at a safe space like the police station parking lot. Don’t do it at your home.

Take a close look at the security video by watching the video of Kumi Tucker’s story.