Hawkins showed four different videos of the same incident. In each of the videos, you see the officers interacting with the suspect and the moment where the man pulled out the knife and stabbed an officer.

At first, things are calm. The officers explain to the male outside that he has a warrant and that they need to put him in handcuffs. The man refuses to be put in handcuffs and says, "You will have to kill me." The officers immediately try to defuse the situation.

The male suspect puts one hand in his pocket. Hawkins explains that when individuals make violent comments, officers are trained to watch the hands of that person. As officers try to put him in handcuffs, there is a scuffle. The man tries to escape from police and then stabs one officer. That man is shot by another officer. That man then tries again to stab the officer and just nearly misses hitting the officer he stabbed in the face. 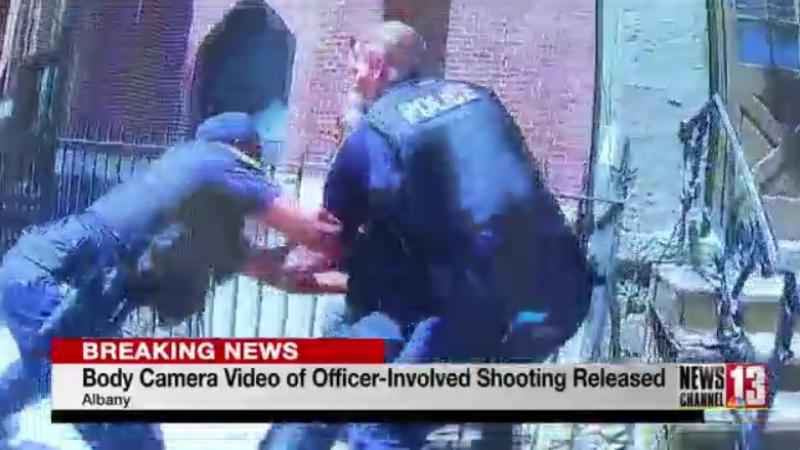 The officers then have their weapons drawn and tell the suspect to drop the knife multiple times. Chief Hawkins says his officers showed great restraint, even after one of their officers was stabbed.

"This shows – just the difficulties of policing. It’s not always like this, but these officers, in many cases, are put into situations where they have to make decisions in seconds," said Hawkins.

The officer who was stabbed has been released and is home. Police are not releasing the name of the suspect, but Hawkins says the man will likely face charges.