There are serious concerns in Warren County as two more people there died from COVID.

Both were elderly and in nursing homes.

The county’s active cases are three times higher than they were a month ago. 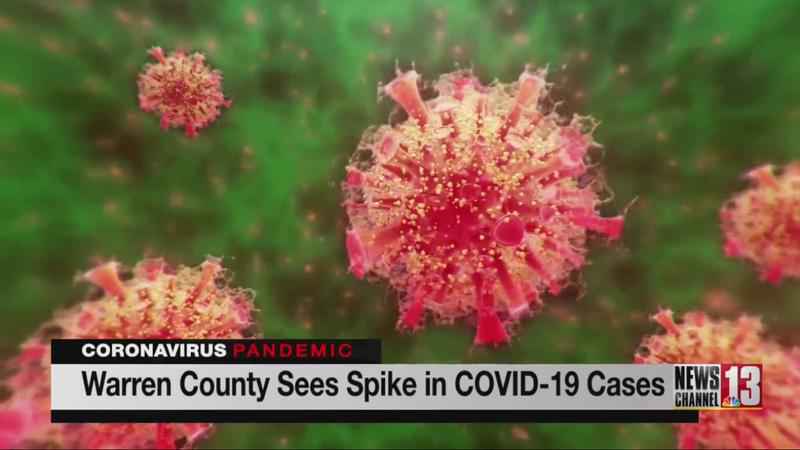 You might hear four new cases or seven new cases a day and think that’s not a lot, but it’s the fact that they’re going up and not down that has people worried.

The total number of active cases is now at 37.

Warren County Director of Public Affairs Don Lehman said the bulk of their cases are tied to three locations.

First, a religious gathering that took place in a field in Washington County.

Several area churches came together for a retreat or revival of some sort.

Another outbreak is occurring in a nursing home.

He says in this case, an unvaccinated staff member most likely brought the virus in and it has been spreading.

Then there was a large gathering in the northern part of the county that now has several cases tied to it.

"It’s much more transmissible, so what we were seeing three, six months ago is not what we’re seeing now. Going back to this religious gathering, I think there’s more than 20 cases coming out of this so far and these were people who were outside under a tent situation, so that’s, you know, in the middle of summer. So that tells you it’s a pretty transmissible sort of virus we’re dealing with here," said Lehman.

There have also been a very small number of breakthrough infections in the county among people who are fully vaccinated. Learn about those by watching the video of Jacquie Slater’s story.