PITTSFIELD, Mass. – A Pittsfield neighborhood is on edge after a lone gunman turned their streets into a shooting gallery.

One of the many peculiar things about this incident is that the only person who got hurt is the person who was allegedly doing the shooting.

It was at about 8:30 Monday night when a Pittsfield police officer was driving down Linden Street and personally witnessed a man on the hood of dark sedan firing a weapon five times.

That officer stopped the car, but the man with the gun took off on foot, and ran into a house on Robbins Avenue. 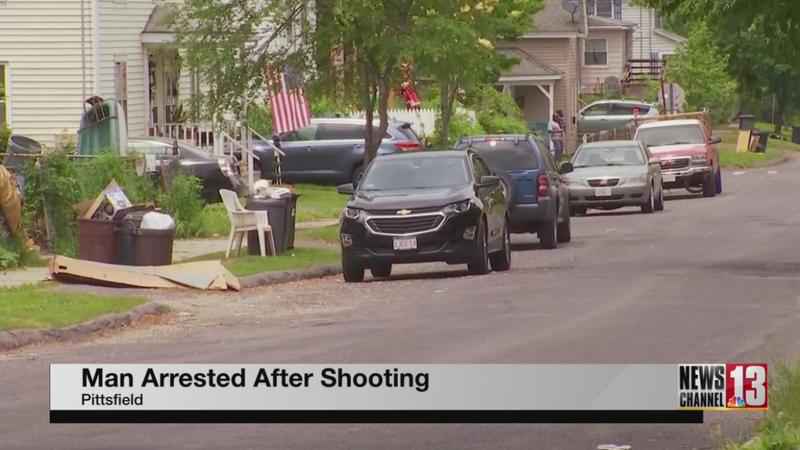 Backup units arrived. A short time later, the man, identified as 37-year old Jesus Lugo of Pittsfield, came out of the house.

He was taken to Berkshire Medical Center with a gunshot wound to his hand.

Police would not elaborate on how Lugo got shot.

They did say the woman driving the car is not cooperating with them.

This incident comes at a time of escalated violence in this city.

At around 1 a.m. Tuesday, police responded to a call of shots fired on Daniels Avenue just around the corner.

No one was hurt there.

Learn how many shootings there have been in May and June so far by watching the video of Dan Levy’s story.