SCHENECTADY – A driver involved in a serious crash in Schenectady that left a teen in critical condition is now facing charges.

Police say he was the man driving a red car that got lodged under a FedEx truck Wednesday afternoon.

As NewsChannel 13 reported Wednesday night, police say it all started with a fight that involved an axe.

Three people sped away, eventually smashing into the FedEx truck on State Street. 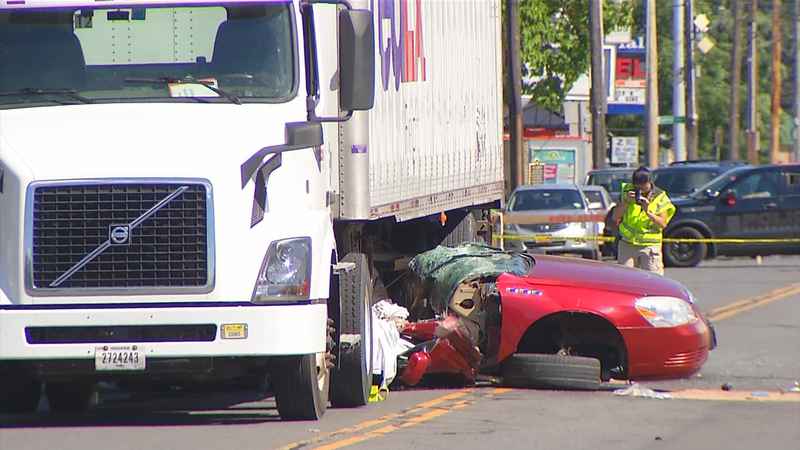 A red car is seen under a FedEx truck in Schenectady.[WNYT]

The driver and two teen boys in the car were hurt.

A 15-year-old was still in critical condition as of Thursday afternoon.