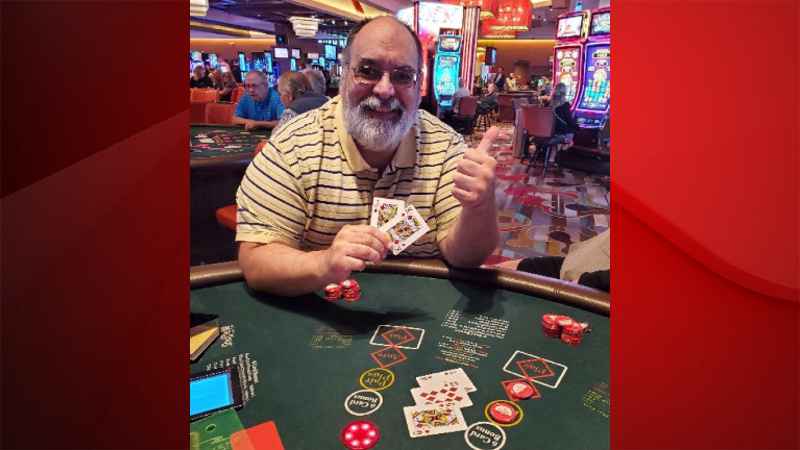 The casino says Paul Harter Jr. Was playing three card poker on Sunday, placed a $5 bet on a progressive jackpot, and drew a royal flush.

The jackpot is the biggest win since the casino reopened in September 2020.

Three other players who placed bets at the same table won an "envy bonus" of $5,000.

Harter says he has no immediate plans for the winnings.