The superintendent calls it "disappointing." A veteran teacher – who has been threatened and disparaged on social media – says she’s "devastated."

The incident began to unfold earlier this week, when a student at the Caroline Street Elementary School showed up at school without a face mask. The incident turned ugly when social media began spreading what the superintendent calls "falsehoods" about what had happened.

To properly set the stage, keep in mind a state Supreme Court judge ruled on Monday that the state’s mask mandate was unconstitutional. An appellate court, for now, has blocked that lower court’s ruling and the matter remains under appeal. Even so, the mask mandate still holds in New York schools.

Saratoga Schools Superintendent Michael Patton thinks misinformation in the community probably played a role in what happened in school on Tuesday morning, but he says it doesn’t excuse disparaging comments and threats made against a veteran teacher on social media. 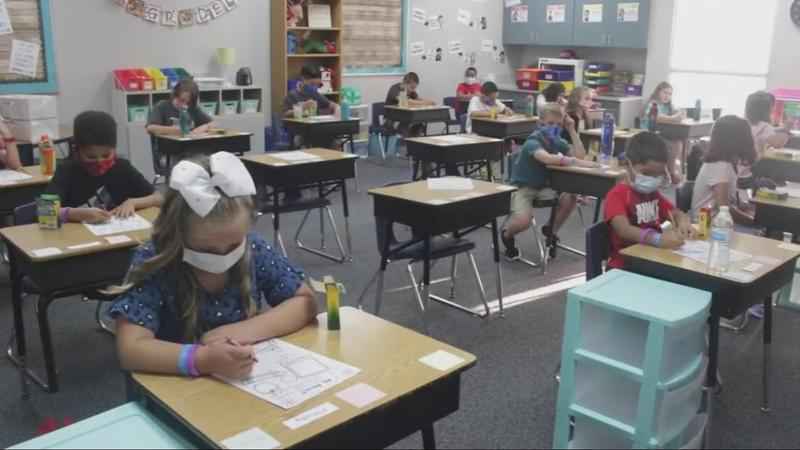 "We had one instance where we had a student enter into a building without a mask and a teacher asked, ‘Honey, did you forget your mask today?’ Patton began. "I think that conversation happens every day in our schools, and unfortunately this child broke down in tears."

Patton continued, "Social media takes on a world of its own and there was some inaccurate misinformation that was shared about that interaction – which was completely inaccurate and untrue. Unfortunately, there were some social media folks taking it upon themselves to make some unfortunate and disparaging comments about a situation that they really truly didn’t understand."

When contacted at home by NewsChannel 13, the teacher’s husband said his wife is "devastated" by the way she’s been portrayed on social media, telling us, "To my wife, teaching isn’t a job, it’s a calling." he said. "It galls the living hell out of me to see what they’ve done to her."

The irate husband continued, "This kind of stuff shouldn’t be allowed to stand. We’re looking at legal action."

"My wife was encouraged by the support from administration, staff, students and community members," he said. "That’s the silver lining, and that’s what is buoying her spirits right now."