"The conclusion was that when she jumped out of the Blackhawk helicopter and her parachute opened fine and she floated down just fine," Mary Jenks began, "It was a hard landing and she passed out from some sort of concussion."

Jenks says she’s been told it’s not uncommon for paratroopers to get tangled in their parachute lines and make adjustments if needed.

"Since Abigail was passed out, she couldn’t do that," Jenks continued, "so the strings had wrapped around her neck and she could not breathe and she choked to death."

Jenks says she doesn’t think anyone is to blame. 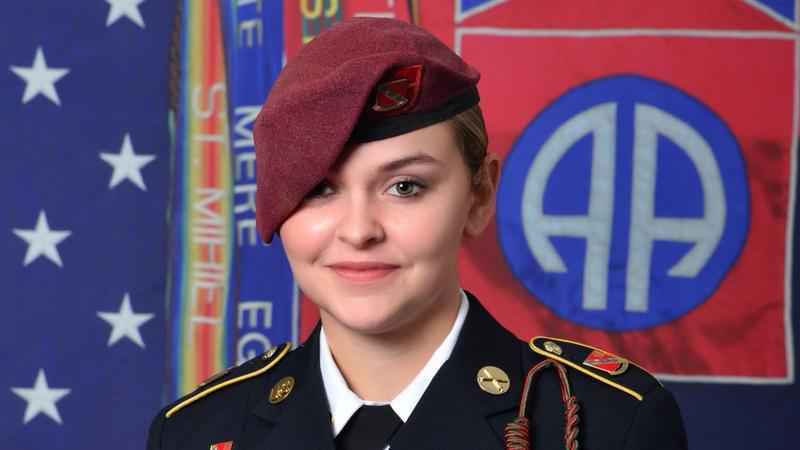 Five months after Abigail’s death, Mary channels her grief by displaying her daughter’s artwork at the Wesley Health Care Center in Saratoga Springs, where she works as a nurse.

"It was so important because I want to help Abby’s memory live on," she says, "It’s going to be through her art and it’s healing and it’s a veteran’s art from a mother’s heart and I want to really express that."

And while the public art exhibit benefits others, there is a bedroom memorial at Mary’s home which she says has been therapeutic to her.

"I come in here probably about three times a week and it helps me reflect upon Abby," Mary states, "I have not been to her grave since the day she was buried but this is how I connect with Abigail and I know that we all have our different ways of healing but this is mine."

Mary says she plans to continue displaying Abby’s art in public, perhaps inside area schools. She says it makes her happy to see people take such joy in her duaghter’s drawings and she believes it’s what Abby would have wanted her to do.