FDA could lift ban on blood donations by gay men

The FDA is taking steps to possibly lift a ban on blood donations by gay men.

The federal agency is conducting a study on the topic. However, there’s not enough participants.

Now, blood banks and activists are calling people to step up.

Restrictions on gay and bisexual men donating blood stem from the height of the AIDS crisis in the 1980s.

The government placed a lifetime ban on men who have sex with men in an effort to keep HIV out of the blood supply. 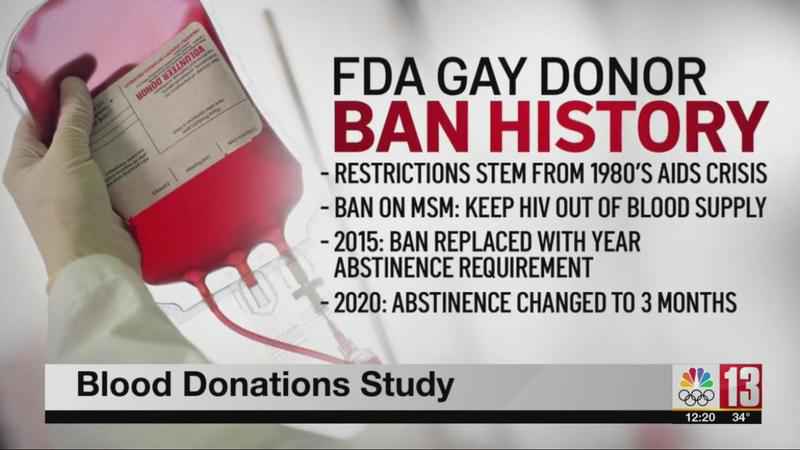 In 2015, the ban was replaced with a one year abstinence requirement.

In 2020, amid a global pandemic and national blood shortage, the FDA decreased the gay male abstinence requirement from a year to three months.

Activists and lawmakers have long called the LGBTQ-specific restrictions discriminatory.

Participants must be 18 to 30 years old and have had sex with at least one man within three months.

According to the UCLA School of Law – if the FDA were to lift donor bans on men who have sex with men, the annual blood supply could increase up to 4%.

Meet a man who is already taking part in the study, by watching the video.