Owners of bars on Caroline Street in Saratoga Springs are pushing back against claims by the owner of Gaffney’s that fights are everywhere.

A fight earlier this month that police say started at Gaffney’s, and injured three police officers, has drawn attention from the community and the State Liquor Authority.

Gaffney’s has claimed it is the target of a so-called hit job by the police department and that they have 10 times more customers than other bars, and they don’t have more problems.

The owner of Caroline Street Pub tells NewsChannel 13 he’s speaking for all bar owners on the street when he says Gaffney’s has to make some real changes. 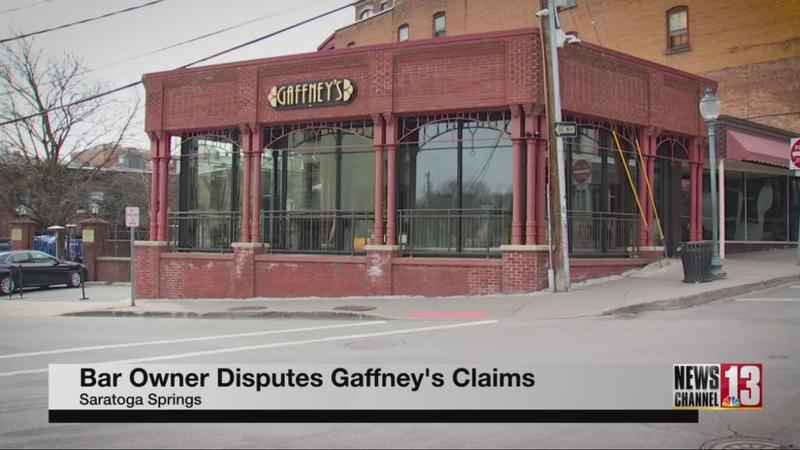 Find out how many times police have been called to Gaffney’s, and how many alleged violations the State Liquor Authority is looking into by watching the video of Mark Mulholland’s story.