The Troy City Fire Department was on the scene of an early morning blaze at 2184 Fifth Avenue where one person had to be rescued and a MAYDAY call was issued for a firefighter who fell through a section of floor.

The Troy City Fire Chief tells us they got a call about the fire just before 4:30 a.m. from someone inside the building who was trapped. When firefighters arrived they found heavy smoke coming from the building.

They were able to quickly rescue the man and he chose to take himself to the hospital.

Firefighters from the city of Albany and Watervliet were called into help.

The chief says one firefighter fell through a burnt out section of the second floor but was able to make it out okay. He says there are no injuries at this point and there is no word on what may have caused this fire. 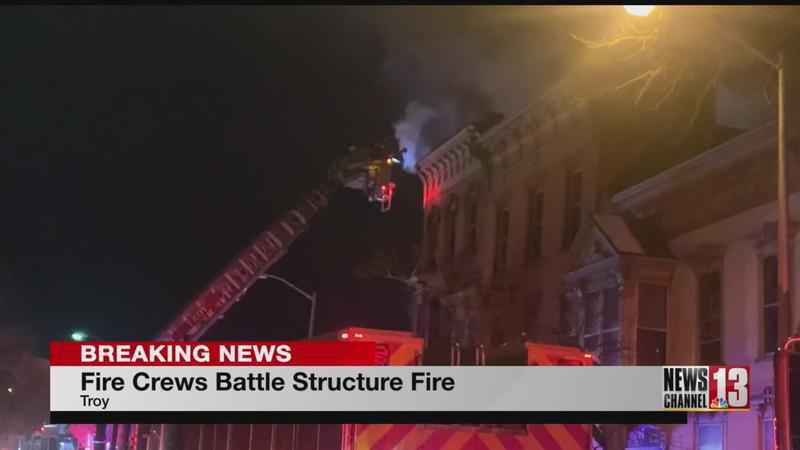 Newschannel 13 is working hard to bring you all the latest developments in this story and will keep you updated as we learn more.