Eight apartments at River’s Edge Apartment Complex on Starbuck Island have been destroyed.

That’s the island in the Hudson River between Troy and Green Island, near Dinosaur Bar-B-Que.

The fire was relentless, spreading quickly, and emanating intense heat that hindered the firefighting operation. 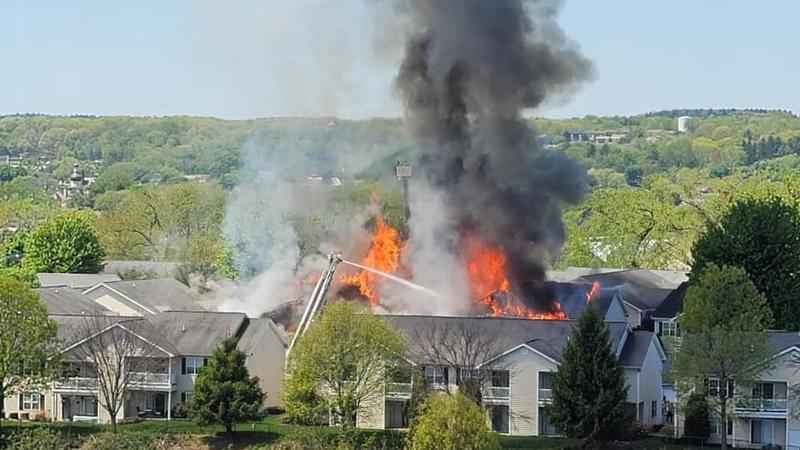 The bright orange flames and thick black spoke could be seen from miles around.

There were no reports of injury to residents, firefighters, or pets. Everyone will tell you that is a blessing.

The Green Island Bridge was closed in both directions for several hours, but has since reopened.